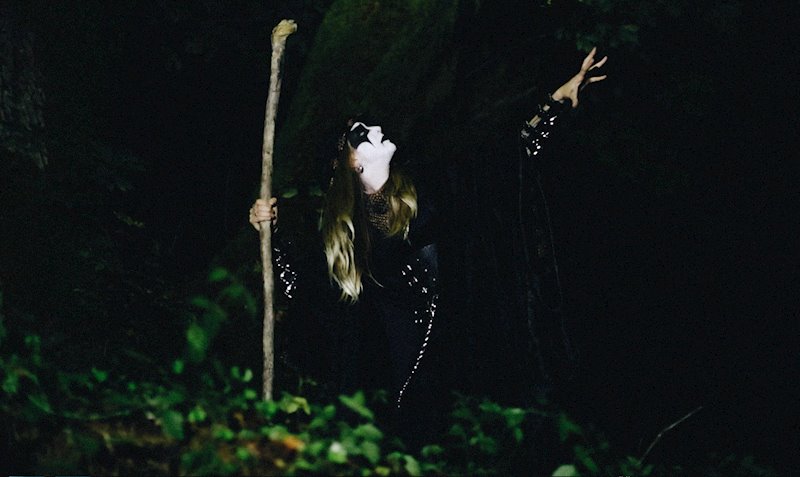 Still a full moon cycle away from the release of her debut full-length album, Portland, OR-based, Belgium-born ascendant monarch of contemporary US black metal Hulder has granted us the honor of unveiling her latest single, the almost-title track “A Forlorn Peasant’s Hymn.”

Beginning in 2018 with the release of the Ascending the Raven Stone demo tape, Hulder’s relentless discography carnage includes several more demos and an EP, last year’s foreshadowing Embraced By Darkness Mysts… It’s on Embraced By Darkness Mysts… that Hulder first showed us her capacity to evoke pastoral atmospheres. The initial single “Upon Frigid Winds,” released in conjunction with the announcement of her debut album, showed Hulder at her most intensely kick-ass. “A Forlorn Peasant’s Hymn” speaks to the depths of the project. “My intention was to create something that would invoke the same primal experience that I feel when listening to classics like Nemesis Divina or Diabolical Fullmoon Mysticism,” Hulder told Decibel in a recent interview. “I understand that this was a bit of a lofty goal and I am humbled at the response thus far.”

From Godslastering: Hymns of a Forlorn Peasantry, out January 22 on Iron Bonehead, this is . . . Greek black metal cult Caedes Cruenta offer up the potent single, “Recitation of Abyssic Necropsalms” in preparation of the release of their forthcoming powerful third album, Of Ritual Necrophagia and Mysterious Ghoul Cults.