Los Angeles power-violence-grinding punks ACxDC are set to release their new album, Satan Is King, on Prosthetic Records on May 15; to celebrate, we caught up with vocalist Sergio Amalfitano to find out what five heavy albums changed his life.

Read on to find out what borderline nu-metal records Amalfitano defends, what grindcore classic was a game-changer for him, and what power violence collection of oldies gets him sweatin’.

And for a sonic sampling of what to expect on Satan Is King, check out our debut of the song “Copsucker” right here. Rage Against The Machine – Rage Against the Machine (1992)
I remember hearing this sometime in the late ’90s. “Killing In the Name Of” was playing on KROQ at the time and I had no clue that it was the censored version. Yelling “Fuck you I won’t do what you tell me” was pretty cathartic for a 15 year old. The politics in the lyrics blew my mind. The guitar work was, and still is, unique as hell. The vocal delivery was extremely primal (which makes sense, since Zack [de la Rocha] was in hardcore bands like Inside Out previously) and prepped me for harsher vocal styles later on. Overall this and the next album were gateways for a lot of people into harsher underground music. 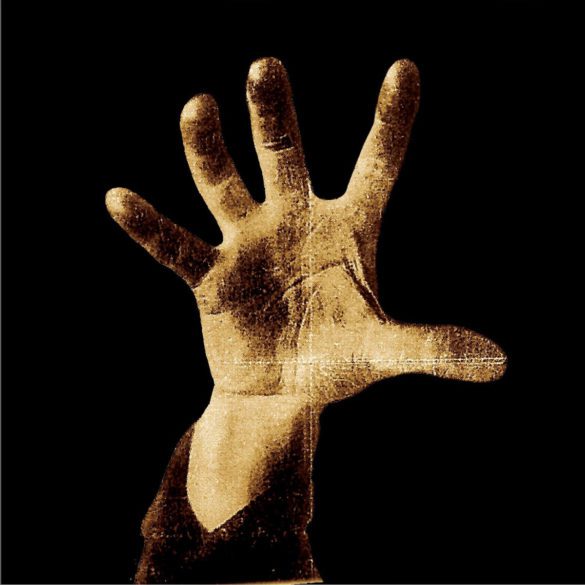 System of a Down – System of a Down (1998)
This album still holds up today. People consider it nu-metal and use that term disparagingly, but it’s a killer record that really shouldn’t be lumped in with the likes of Mudvayne or Mushroomhead or Trapt. It’s basically a more mainstream Bad Acid Trip. The lyrical content, as with the above album, absolutely influenced my politics, and probably a whole generation’s. No other band sounds like them or ever will. Dystopia – Human = Garbage (1994)
This was the first vinyl I ever bought, in ’99. A friend of mine in high school traded it to me for $5 so she could buy some booze. I didn’t even have a record player so I had to have a friend borrow it and record it to cassette. That beginning intro was so brutally depressing. The bass line for “Hands that Mold” was just the heaviest thing I’d heard at the time, and the swing into the drums was intense. I’m glad I got this version before they changed the intro to “Love/Hate.” Apparently, Olivia Newton-John‘s people found out they sampled her on that track and almost sued them [laughs]. This opened up the gateway to bands like Noothgrush, Corrupted, Trenchant, etc. Nasum – Inhale/Exhale (1998)
I picked up the CD version of this just because of the cover. I figured it couldn’t be bad since it was on Relapse and it had 30-plus songs on it. Nasum is definitely one of my all-time favorite grindcore bands. Not overly techy (I like my grindcore a bit more on the punk/crusty side) but definitely metallic. Lots of groove in the breakdowns that keeps the energy going. Production is clean but not overly polished where it sounds flat. Unfortunately, guitarist Mieszko [Talarczyk] died in a Tsunami while in vacation in Thailand in ’04. We were able to play a show with them many years later as part of their final tour. Spazz – Sweatin’ to the Oldies (1997)
A killer collection of some of the best Spazz material. Absolutely bonkers how many songs are on this thing. The most influential and prolific power violence band, in my opinion. Their tongue-in-cheek humor, crazy back-and-forth tempo changes, short song lengths, and massive amount of sampling is now par for the course for this genre. Everything that Spazz was connected to, from Slap-a-Ham Records, 625 Thrashcore, the Bay Area PV scene and every single band the members were in, are absolute classics. Pre-internet, finding a band like this was a goldmine that branched you into a million other directions.