Those of us who fell in early with the cool kids of Opeth will fondly recall the quality of razzle-dazzle fuckin’ stupor the band generated in their youth. However intentional or not, very few outfits—off the cuff, Emperor comes to mind as a contender—have been able to manipulate our collective imaginations quite as effortlessly. The simplicity of the Orchid album cover alone—that aggressive juxtaposition of starkness with its very literal subject’s charge of color—is indicative of a curious maturity and vision. The Morningrise artwork (I relate both of these examples to the albums original pressings before some genius at Music For Nations decided they needed to slap a logo—like a sort of anti-beauty mark—onto these previously unblemished masterworks) is mesmerizing enough that the viewer could fall headlong into it and suffocate in gorgeous fashion.

The intensity of Opeth’s impenetrable aesthetics worked glibly in tow with the raw elegance of their compositional skills like a Quarter Horse and a weathered, impious jockey. The band wore their élan of death metal cognoscentis like stately epaulets even while they fudge-ripple swirled that shit with the winsome articulation of Jackson Brown and the glamour of haggard, wild eyed poets, (never mind that Åkerfeltd’s lyrics have never really been all that great…) Altogether, it was enough to make even the most calloused metalhead’s mascara run. Opeth were somehow so wild in their precision. And truthfully, truthfully, I should move on at this point but the sheer faith these guys put into their listener’s patience was so damned remarkable given the turf the band were performing on. Opeth launched out of the grody underworld of Swedish death with the ‘mettle’ to compose passages fraught with enough negative space that the listener could drive a friggin’ semi through ‘em. Well before their third release had dropped, these guys were playing entirely with house-money and despite precious little media coverage, (aw, cool! Just like Bernie Sanders!) The band simply couldn’t err. 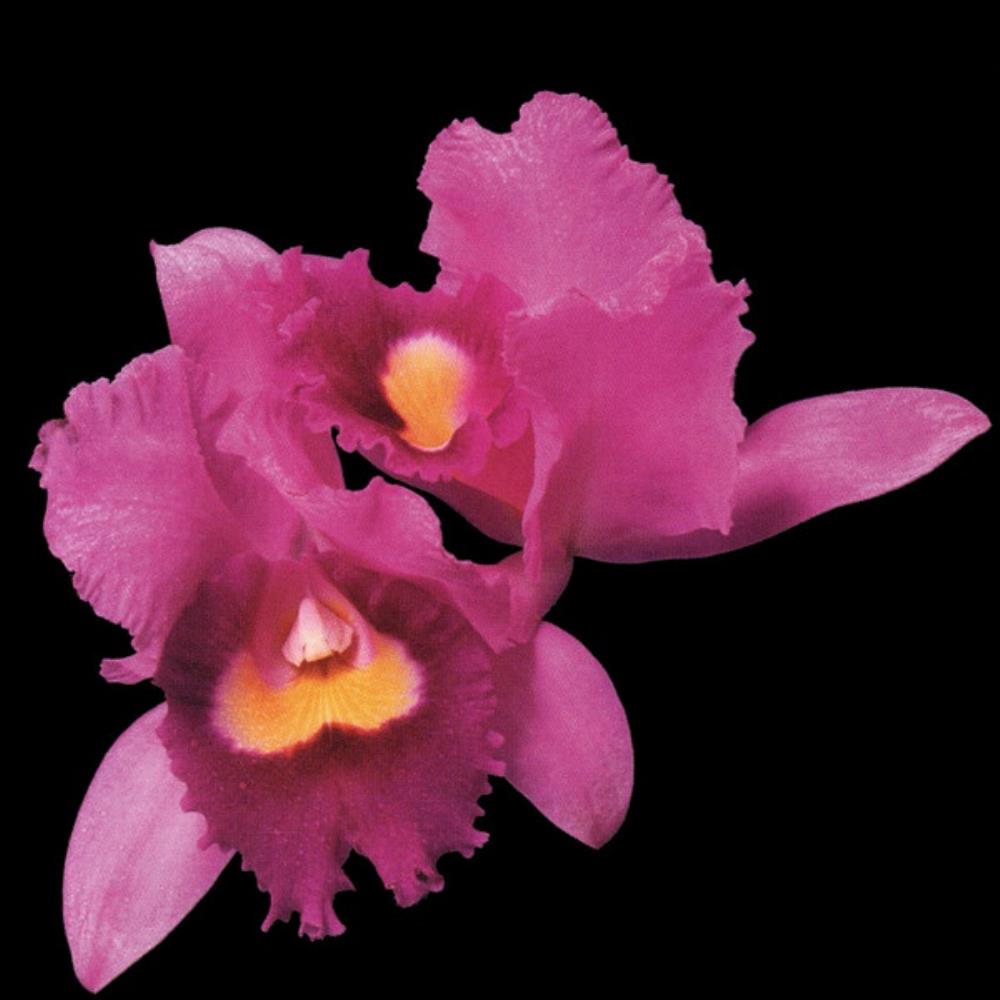 Their farsightedness along with their stubborn elusoriness served to form a unitary entity with no intelligible visage; a canvass which the listener could channel whatever they needed or cared to upon. I hardly registered that I was doing it, but I personally painted them with a grossly overloaded brush. I made ‘em into veritable heavy metal-magi undertaking some inscrutable pilgrimage who’s trajectory was in strict accordance with the holy Fibonacci sequence. Blimey, did I adore them. Of course, they were bound to let my ass down; how could they not? And in exchange, I did a wickedly abrupt about-face upon my heroes.

There’s an old episode of The Simpsons where a version of Lisa’s favorite doll, Malibu Stacy, is reissued with a series of prerecorded voiceovers. Pull the string and out tumbles all the wisdom that one could reasonably expect from such an ideation. Lisa Simpson—who’s always had the luxury of projecting whatever she wanted onto her favorite toy—is initially thrilled by the prospect of hearing Stacy’s individualist, feminist maxims finally articulated. There’s a terribly human, totemistic nature to the their relationship and of course, ultimately Lisa’s new Malibu Stacy doll vomits utter tripe about hating math and how baking cookies for ‘the boys’ is a drool-worthy undertaking and Lisa is righteously repulsed by her former icon. The product’s vacuous framework cannot jibe with our heroin’s connate intentions. But whose fault is that, really? The consumer themselves or the product?

Quite obviously, Opeth was my Malibu Stacy. I thought that I wanted the band to surface from their self-imposed pool of shadow into the light. I wanted it all; total exposure. Prep the boys for the operating table and fire up the surgical beams! I hankered for band photos and I wanted glossy long form interviews (more, more, more!) True, I wasn’t necessarily screaming for a music video but I would’ve bet the farm on any Opeth product of that nature being no foolin’, sit your ass down, fuckin’ revelatory. And for sure, I found a kind of ‘revelation’ when those videos ultimately began to trickle out much further down the road. For example, it was revelatory that these cat’s taste was questionable enough to think that the “Grand Conjuration” video was worthy of anyone’s time. A woman stripped down to her drawers, writhing and crawling around on her hands and knees like she’d had Chipotle for lunch isn’t anything other than a wafer thin pretext to have an attractive woman in her underwear function as the focal point of your video. [Cue sad trombone sample] How terribly pedestrian and dumb… And yes, the rest of the imagery in the video is just as trite. On Watershed, they wound up and lobbed the “Porcelain Heart” video at us which clearly has higher production values but—oh you bastards—you really doubled down? Yes, literally. Two ‘actresses’ this time dispiritedly pantomiming a three-way with some low-rent, Aaron Stainthorpe would-be. Sexy? Nope; I’ve seen more on screen chemistry in a Vagisil commercial. And what audience was this shit even intended for? Are we supposed to be fretting our air guitars with the one hand while we oil up our nipples with the other?

But that’s not really where the relationship began to fray. The souring of my romantic fervor had formally begun with the Damnation album, a few years prior. Everyone knew the band were going to put out a non-metal album; Åkerfeldt had eluded to it for a while. No problemo there, I was just as excited as the next acolyte. I mean, “Benighted,” “To Bid You Farewell,” “Creedence,” these were some of their best compositions; Damnation was certain to be a total smoke show! And then it was released and I watched my buddies along with every punter get sloppy wet discussing the grandeur of the LP and I remember feeling like the ground had given way beneath my feet. I said it at the time and still maintain it as an absolute fact that that album just wasn’t  ready to be popped out of the oven yet. Too short, too remedial and about as remote as the poor women they’d later install into that “Porcelain Heart” disaster. This was Opeth? I recall a buddy and fellow diehard’s grudging admission that this tripe wasn’t exactly up to par but adding that it was still pretty cool that of the last two releases, the heavy one was called Deliverance and the mellow one was called Damnation. “Yeah?” I said, “Why’s that cool? Just because it seems like it should be the other way around?” Yeah…that’s  super clever. Hey, let me ask you something, brother: why don’t you tell yourself ninety-nine more lies so at least that way you’ll have a whole set of ‘em? No way do you really think that’s cool. Talk about grasping for straws!

And so my admiration began to rapidly unspool over the ensuing years. Ghost Reveries is solid but the aforementioned video left me comprehensively disillusioned. Feature interviews in Kerrang! and endorsement deals were kind of bummers (overexposed!) and by Watershed, I felt it was painfully obvious that the band’s heart wasn’t really into this shit anymore.

Catch that? Catch the monstrous hubris there? I felt that their hearts were no longer into it, utterly ignoring the fact that my heart had stepped out for a pack of smokes years ago never fully to return. I wanted to pull the string on my Malibu Stacy doll while insisting that it’s language stuck entirely to my personal script. As an ardent fan, I insisted that Opeth strike out on the journey that I plotted for them and emotionally delegitimized any other avenues they themselves might be moved to saunter down. We’ve all got ‘our bands.’ The one’s whose identity we jealousy guard; those bands who unknowingly navigate a tightrope we’ve strung up for them. Why do we do this shit to the artists we love so much? I suppose it’s because we’re chasing the rush of Oxytocin we feel during that nascent honeymoon period. It’s a boner-shrinker to see your idols shot in 4K, preening on Hollywood Squares with their hair pomaded like assholes and their crow’s-feet crisply detailed. Where’d the mystery go, Chief? But that’s hardly our idol’s problem, is it? The fault doesn’t lie in them or in their evolving ideations or in their success. The fault lies in dickheads like myself who’re certain that they know better and are incapable of mustering a crumb of gratitude for all of the joy and wonder they’ve experienced by dent of their heroes sweat and artistic vision. And if I can sulk like a Cleveland Browns fan in utter obscurity for all those years, then I can at least express a skosh of appreciation now, (in quasi-obscurity,) to an outfit who will never read this and certainly couldn’t care less anyhow. Thank you so much, Opeth, for all the years of fascination, inspiration and flat out, unadulterated joy. Simply put, my life is much improved for having made your acquaintance and I am unequivocally grateful, you handsome devils…