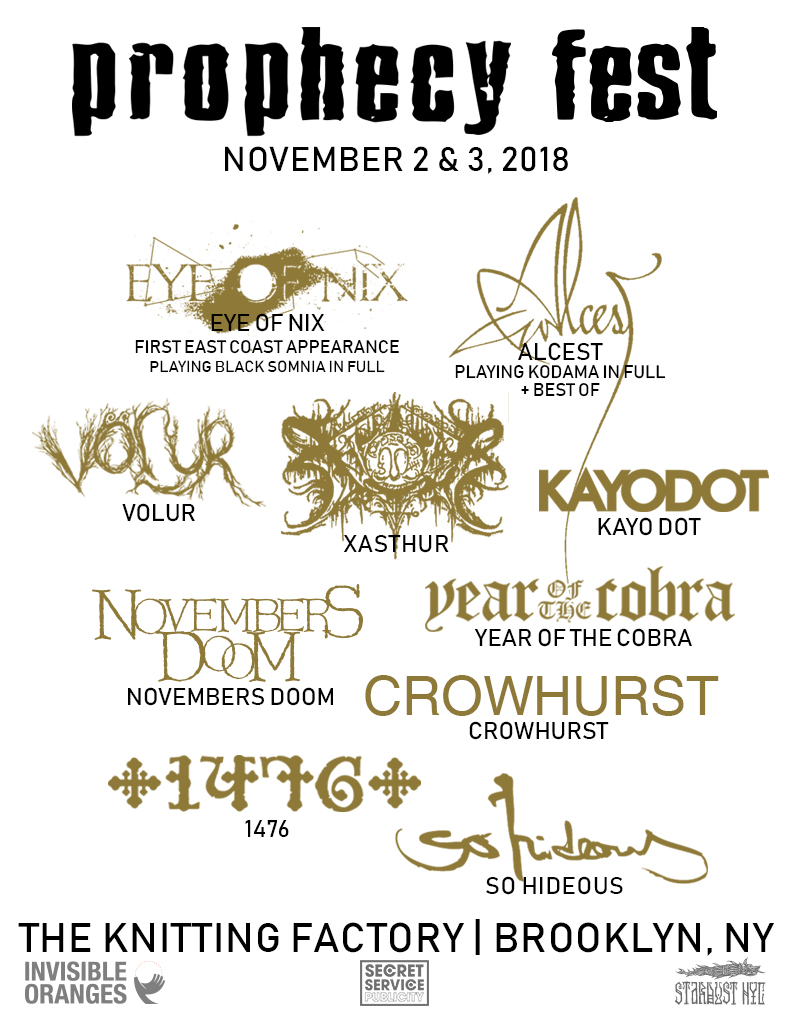 German-based label Prophecy Productions have revealed the complete lineup for the inaugural Prophecy Fest (presented by Stardust NYC) in Brooklyn, NY on November 2 and 3. Alcest, Xasthur, Kayo Dot, Crowhurst, Eye of Nix and more will appear at the festival, which takes place at the Knitting Factory.

The lineup announcement also came with the announcement that Prophecy has opened a North American office headquartered in Los Angeles. Tickets for Prophecy Fest are available here.