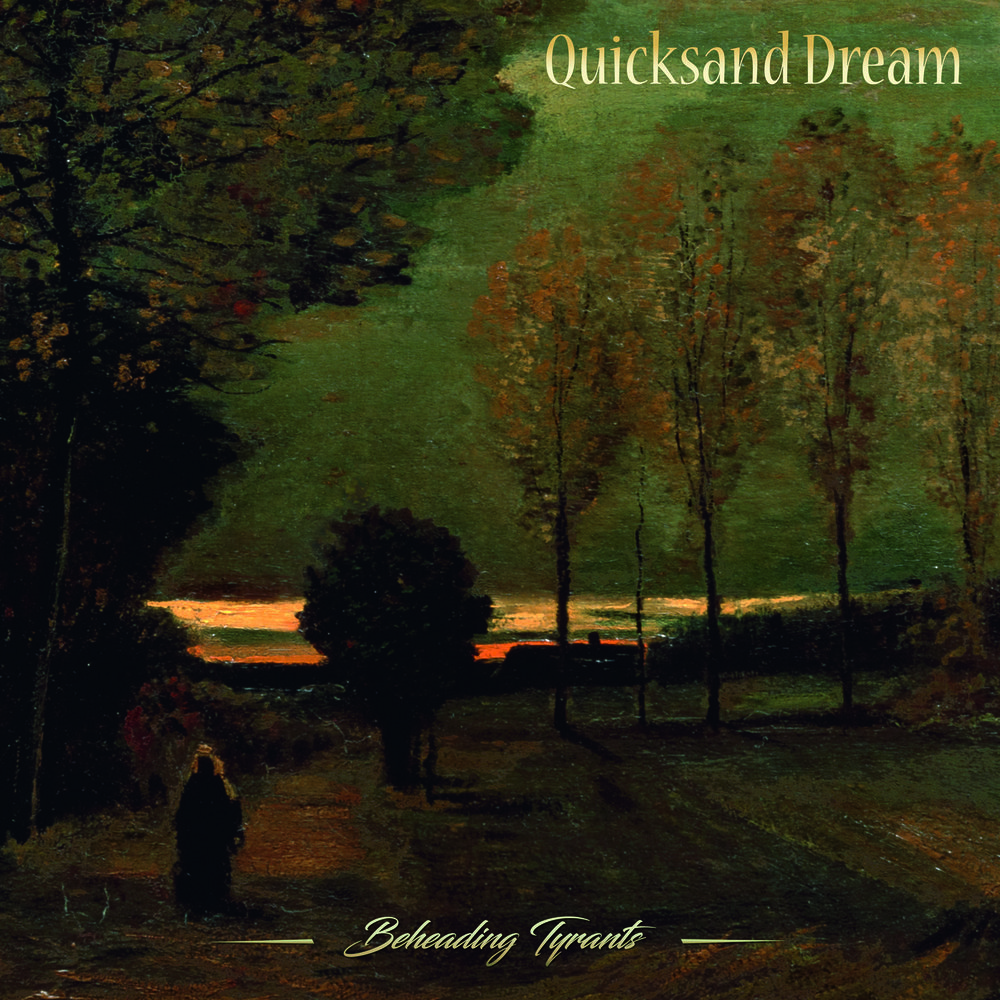 Beheading Tyrants should come as a most welcome and pleasant surprise for fans of Sörberge’s Quicksand Dream. It’s been sixteen years since Swedes Patrick Backlund (music) and Göran Jacobson (vocals) released their debut, the ethereal and near-perfect Aelin – A Story About Destiny, and its follow-up is no less anomalous, or magical. Like its predecessor, Beheading Tyrants is story-driven, epic, doom-tinged heavy metal utterly void of pretension. As ever, Quicksand Dream waste no time pandering to today’s trends, and instead tread their own course and arrive exactly when they mean to. Beheading Tyrants is an album full of stellar musicianship, quaint songwriting, righteous solos, soaring and soul-soothing vocals, vibrant imagery, and irresistible melodies, all of which is sure to appeal to fans both new and old. Here’s what vocalist Göran Jacobson has to say about “The Girl From The Island:”