And if you haven’t already scored tickets to the main event at the Fillmore, the time to buy is now! As this year’s Decibel Magazine Metal & Beer Fest: Philly is our fastest-selling event EVER. Make no mistake, just like last year, this event will sell out (“Metal & Beer” ticket options are already over halfway sold-out). Don’t say we didn’t warn you. Full daily band and brewery lineup—and all ticket options—are below. 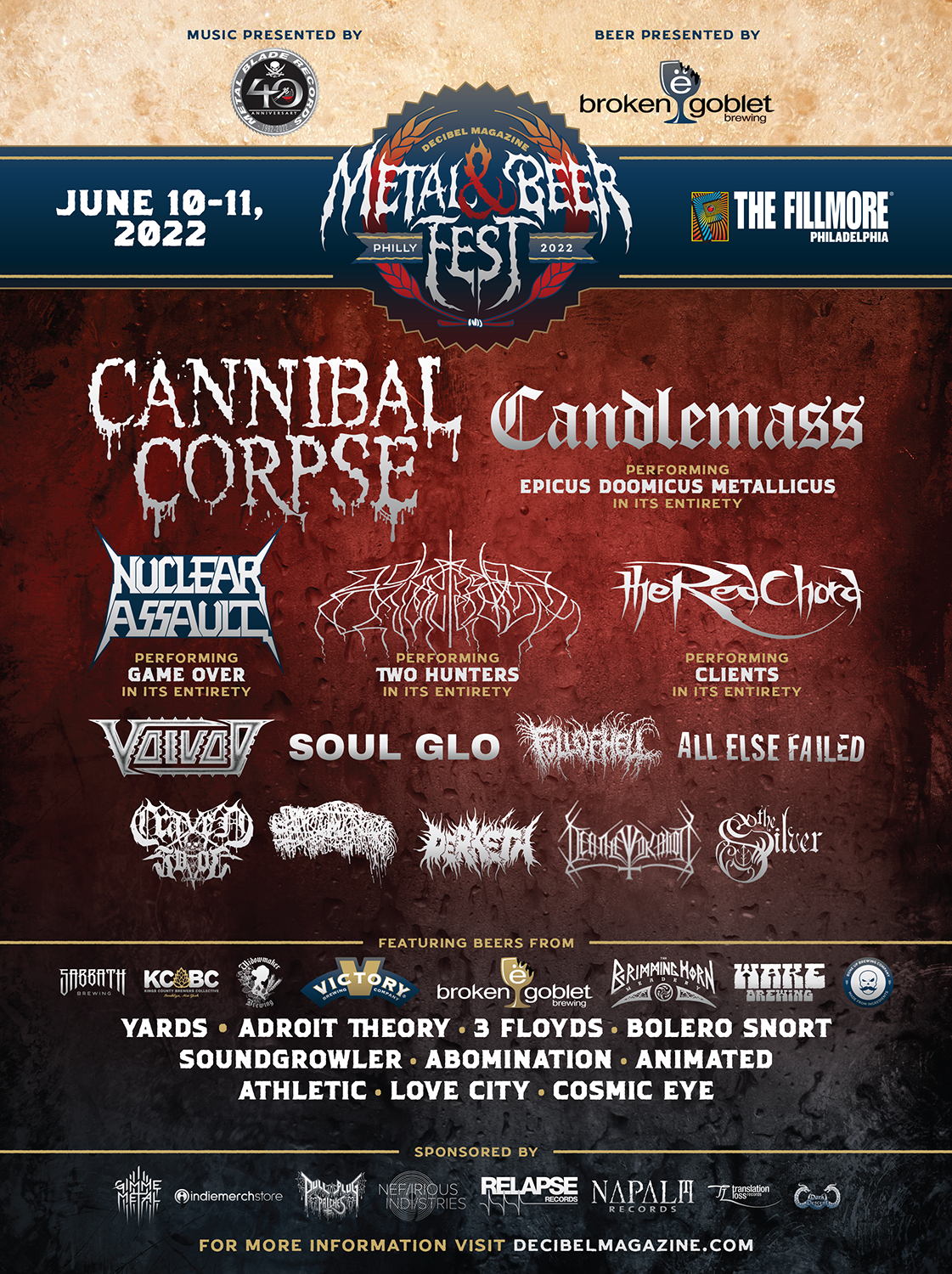