Long one of the finest in melodic and incredibly catchy melodic death metal, Sweden’s Soilwork are dropping a surprising new EP, A Whisp of the Atlantic, tomorrow. And “surprising” isn’t necessarily a word associated with Soilwork, sure, but get this: the EP’s title track runs 16-and-a-half minutes. I mean, the runtime for the whole EP is just shy of 37 minutes, so it’s sort of an album (or a double album if you’re a grind band, but let’s not get carried away). But regardless of what you want to call it, it’s great, it’s Soilwork, and to celebrate its release, we caught up with guitarist David Andersson to find out what five heavy albums changed his life. This was the first heavy rock album I bought. I was nine years old. I spent my early childhood worshipping my mother’s record collection, which contained all the ’60s classics like The Beatles, The Stones, Hendrix, Cream, etc., and a lot of fantastic ’60s pop singles like “Waterloo Sunset” by The Kinks. I was pretty lonely as a child, so I learned to read when I was about four out of pure necessity, and I was content being alone, reading and listening to music. I read about Deep Purple in a Swedish music magazine sometime in ’82-’83, and I realized that this must be the next level. So I went and bought In Rock, since I knew it was their first “heavy” album, and came home and put it on the turntable, hands trembling with excitement. And then “Speed King” started with that unholy, white-noise racket, segueing into Jon Lord’s almost church-like organ interlude, before the actual song starts with Ian Gillan screaming like an animal and the rest of the band playing like they’ve just shared a huge amount of very potent amphetamine. And then it just continues for six more excellent tracks. I’d never heard anything like it, and I almost peed my pants because it was a bit scary, but at the same time it was one of the exciting moments of my life. Not long after that I had bought all the classic ’70s Purple records, and that Christmas I got my first own guitar. Ritchie Blackmore was my first guitar hero, and in hindsight I’ve realized that both he and Jon Lord are playing some extremely weird stuff on this album, both harmonically and rhythmically, that still influences me to this day. I still hate perfectly executed solos without flaws or the odd outside note in there. A good guitar solo should always make the listener a bit uncomfortable. After discovering heavier rock music, this was one of the first other albums that I bought. And Randy Rhoads became another one of my major guitar heroes. I still love every song on this album. Every riff and solo is totally epic, and “Mr. Crowley” still gives me goosebumps. The lyrics are a bit naive; back then I didn’t really grasp what they were about, but it sounded cool and dangerous when Ozzy sang about whiskey, suicide and the devil. I listened to this album now again for the first time in years, and since I’m nowadays a middle-aged man with troubles and worries of my own, the lyrics touched me in a new, strange way. There are quite a few progressive touches and inventive compositional stuff, too, which I didn’t reflect upon back when I was a kid, because I thought that that was the norm for heavy music, but it probably explains why so many other metal records from this era made me disappointed, because it was all so one-dimensional and very basic when it came to songwriting. Diary of a Madman is fantastic, too. If I had to pick two metal albums from the ’80s, I’d probably pick those two. This is still the best Swedish album ever made, all categories. I’m not a big hardcore fan in general, but this album transcends genres. It’s extremely emotional and intense, but at the same time also really intelligent. And I love the seamless way they incorporate other elements like jazz and electronica. I usually don’t like political music either, but the radical communist lyrics are delivered with such conviction, at a time when it was really not fashionable, that you can’t help but love it. It’s the same feeling I get when I listen to Satanist lyrics, this lovely feeling of rebellion against pretty much everything. 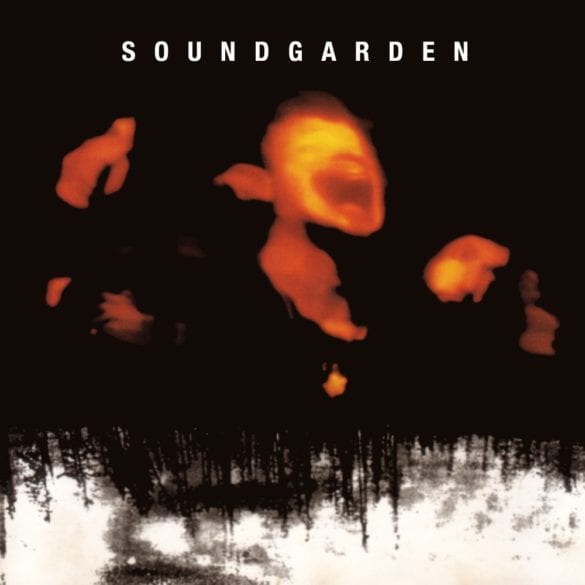 The grunge era in general was a really depressing time for me. I was around 17 years old when it got big. I had spent my teens practising my ass off to become a real shredder, and all of sudden no one wanted to hear guitar solos anymore. I tried to adapt, we started a band and made a few records playing some kind of grunge-influenced rock, but no one bought them, so I gave up on music and went to medical school to become a doctor instead, really bitter and disillusioned. But I couldn’t help but love Superunknown. After it came out, I listened to it at least once a day for more than a year. The songwriting, performance and production just blew me away. This is another one of those rare records that transcend genres. It’s not that I hate the other grunge bands, but I never feel the need to listen to them. But I still get goosebumps from this. There’s not a bad note on this album. I normally don’t get emotional when celebrities die, but Chris Cornell’s death really made me sad, since this record really helped me get through my angst-ridden years as a young adult. This is my all-time favorite album. I bought it on cassette when I was 10 years old and on vacation with my parents. The cover was really small, and at that age I wasn’t really familiar with the concept of ritualistic Satanic orgies, but I knew there was something quite wicked going on on that tiny cassette cover which I found really intriguing. When I pressed play, the title track was the most astounding piece of music I’ve ever heard, and, much to my surprise, the rest of the songs were (almost) just as good. I was a shy, overweight bookish nerd as kid, but when I closed my eyes and listened to this, it made me feel like the coolest person in the world. Later on, in my teens, I spent a lot of time in hospital because of a very embarrassing condition called pilonidal sinus, which is caused by hair growing inwards in the butt crack, and I had to undergo surgery four times, which didn’t do wonders for my self-confidence. I wasn’t very outgoing to begin with, and trying to amass the courage to approach a girl when you have to wear a diaper because you have a big open wound in your butt crack leaking blood and pus felt like mission impossible, so I didn’t even try. My only entertainment at the hospital was a cassette player with headphones, and I played this tape every day. It was a real comfort to my bitter adolescent self. When Ozzy screamed ”You bastards!” in the title track, I knew that there was at least one other person in the world who felt just just the way I did.