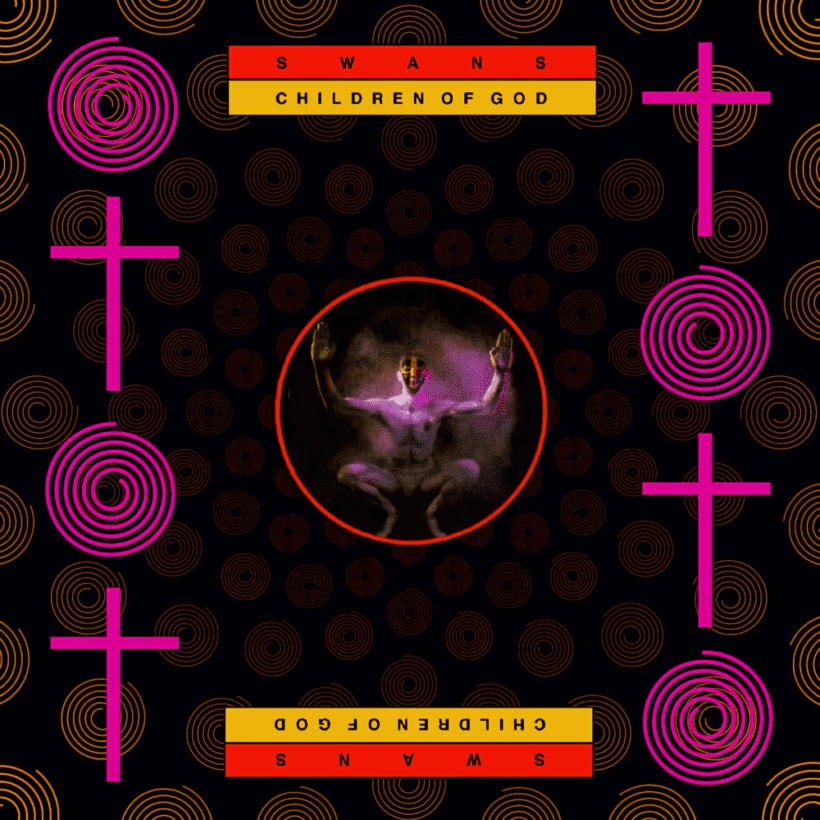 In the early ’80s, Swans emerged from New York City’s Lower East Side with a sound that mirrored the gritty harshness of a city that had capitalism’s superstructures and emerging wealth existing alongside a crumbling concrete dystopia and near-apocalyptic poverty. With a bass tone approximating a grizzly bear passing a kidney stone, a factory-floor rhythmic pulse, guitars that screamed like helicopters crashing into the Hudson and icy, brash lyrics delivered in a brutish mantra-like chant, Swans rewrote the landscape of heavy music at the same time as commonly recognized metallic heroes Metallica, Slayer, Hellhammer, Voivod and Venom.

The difference was they were doing it in a completely different world with a completely different sound. Their 1983 debut, Filth, and its 1984 follow-up, Cop, offered a different kind of pummeling—a caustic resin that straddled metal, no-wave, art-punk, electronic noise terror, experimental music, outsider art and the early days of industrial. Those two crushing masterpieces—along with Time Is Money (Bastard)/A Screw, Greed and Holy Money (all from 1986 and collectively referred to as the “Dollar Sign” records because they all had permutations of that symbol as cover art)—continued to bring the noise. Swans delivered a monolithic enormity of impenetrable sonic pain molded into some of the darkest, heaviest music to never be referred to as heavy metal.

By 1987, however, vocalist/guitarist/bandleader Michael Gira was growing weary of the emotional and physical toll of Swans’ notoriously punishing rehearsal schedule, recording sessions and ear-shredding live shows. He was looking to ease up on the intensity and explore what acoustic guitars and actual singing could bring to the bombast. Drafting the trio of emerging vocal talent and experimental musician/artist Jarboe Devereaux, bulldozer bassist Algis Kizys and drummer Ted Parsons (who would later star in Prong and Godflesh) to join him alongside six-string chameleon Norman Westberg, Gira for the first time had a solid lineup willing and able to push a different set of boundaries, while continuing to push those already being pushed. Children of God married Swans’ colossal early sound with a dynamic, elegiac darkness. Distorted massiveness was buttressed up against acoustic restraint.

Children of God—which will see a deluxe reissue on Gira’s own Young God label on November 13—shocked and awed Swans’ regular supporters and opened the band to a wider, freakier audience of people who didn’t mind breathers between beatdowns. Recorded in the unique rural environment of Sawmills Studios in Cornwall, England, the album was a transition from the battering Swans of old towards the varied and dynamic Swans that still exist to this day and caught the ear of everyone from Decibel brethren like Godflesh, Neurosis, Melvins and Napalm Death to musical polymaths the Young Gods, production wizard Kevin Martin, avant-garde pianist/chanteuse Diamanda Galás and noise-obsessed jazzbo John Zorn. For these, and many more reasons, we load up the boat and welcome Children of God to ride the tide into our Hall of Fame.

Need more Swans? To read the entire six-page story, featuring interviews with all members on Children of God, purchase the print issue from our store, or digitally via our app for iPhone/iPad or Android.