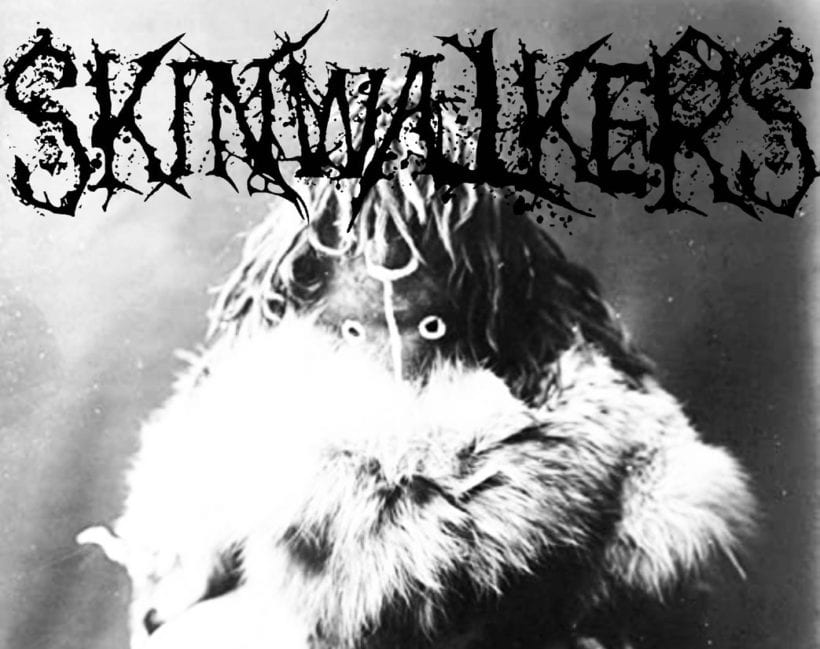 Where they from
Los Angeles, CA. Perhaps you’ve heard of this place, yes? The Lakers just won their record 17th NBA championship and the Dodgers just earned a berth in the World Series, their third appearance in the past four years. God damn, do you know what I would do to have my favorite sports teams even broach that level of success? I mean yeah, the state’s population is woefully under-represented in the senate and the electoral college, but, I mean, come on! THINK OF THE HARDWARE!

Why the hype?
One of the highlights for me last year was seeing BruceXCampbell absolutely destroy a British pub crowd at Chimpy Fest way back in the ethers of a far away land we now call 2019. Even on a stacked lineup that featured heavy hitters like Gets Worse and Despise You, the Brucey boys managed to stand out big time.

So I was delightfully surprised to have come across this one-man side project affiliated with BXC, SkinWalkers. Even though the Bandcamp description claims the project is “crust-grind,” there’s very little of that generic D-beat stuff going on here and a lot more of hyper arhythmic blast beats, very similar in style to New Jersey’s Durian. The only true crust element here is the ratty production, which though rough, fits the music rather well. If you like thick, professional production, this probably won’t be your thing, but if you like your grind to sound like a bunch of rabies-infested rats attacking an electric guitar in your stepdad’s garage, then this just might be the band for you.

Latest release?
Madness of the SkinWalkers. In Navajo terminology, a SkinWalker is a harmful witch who has the ability to disguise themselves in the forms of various animals and such. Apparently it’s hard for people to extrapolate information on the SkinWalker legend since the Navajo people are reluctant to talk about it due to it’s morbid nature. I personally think that just makes it all the more badass. It’s so hard to find anything in the age of the Internet that still has an air of mystery behind it, that when you do it has an allure that nothing else really does…GO DODGERS!