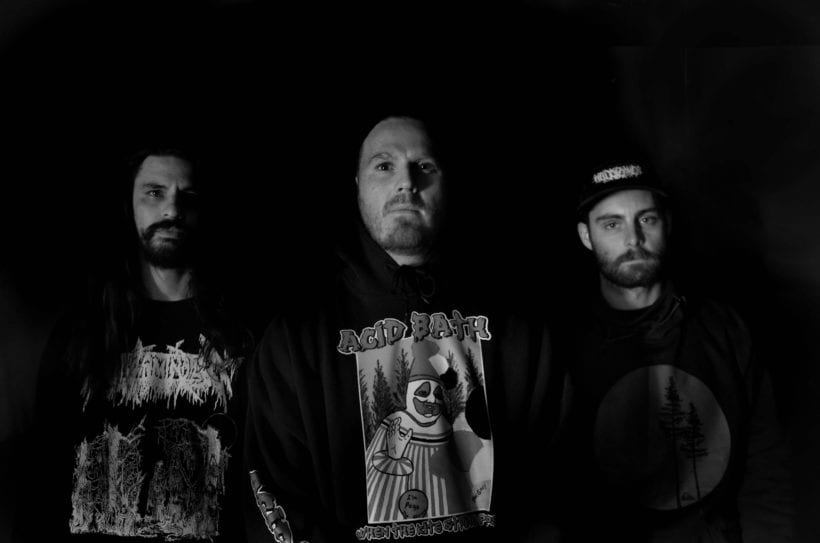 Death/grind destruction crew Resin Tomb are a fledgling Australian project with members of Snorlax, Descent and Siberian Hell Sounds. Their self-titled EP unleashes five tracks of vehement discord forged from jagged riffs and bad trips. The combustive chaos of their song “Prostrated” is streaming below, ahead of the EP’s release from Brilliant Emperor Records on July 31st.

A couple deceptively harmless cymbal taps are the only sanctuary. Three seconds in, “Prostrated” swirls into a maelstrom of dissonance and blastbeats. Mutagens from across the spectrum of extreme music have fused with Resin Tomb’s death/grind DNA. Picture blistering black metal and the harshest angular noise rock weaponized to appeal to fans of Rotten Sound and Ulcerate. Resin Tomb’s music is intentionally ugly but beautifully recorded at Black Blood Audio. Asked about the lyrical themes of “Prostrate,” Resin Tomb’s Brendan Auld was understandably elusive. The song is the EP’s fourth track, preceding the record’s swelling finale.

“Each song conveys realizations, all of which shape the characters internal beliefs and stages of acceptance for what the world is, and what they will inevitably become,” Auld shares. “By the time you reach “Prostrated,” the theme has moved from naivety and depression, to an defeated understanding and frustration. The more the character understands their plight, the more anger and resentment they feels towards their oppressors.”

Submit to Resin Tomb’s scathing death/grind and stream “Prostrate” below.