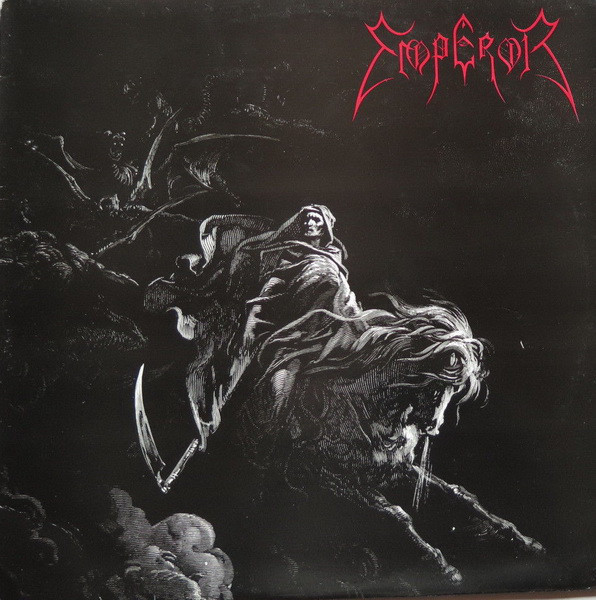 That which evil brings in the winter is destroyed by the promise of life in the spring. But in the spring of 1993, winter lasted quite a bit longer. It all started a year before, when summer delivered the first wave of malice in the shape of two demos: Emperor’s Wrath of the Tyrant and Enslaved’s Yggdrasill. The black wizards and terrifying warriors of the north had awakened. The metals of death had been reimagined and refashioned. The world, as it turned out, had no idea what was about to happen. Especially not in quiet, productive, sensible Norway.

When Candlelight Records first proposed releasing Norwegian black metal—writhing shrill in its most nascent of stages—to its Norwegian counterpart, Deathlike Silence Productions, the request seemed natural. Put into place a cycle that, with a little savvy (and luck), would repeat endlessly, a constant nefarious loop of darkness and evil that would change the landscape of metaldom forever. There are forebears to Emperor and Enslaved across the globe, but what was set into motion in May and, more importantly, June of 1993 has yet to be stopped. In fact, the product of Candlelight melding Emperor’s self-titled EP with Enslaved’s Hordanes Land EP proliferated not just the idea behind bifurcated spells onto a single magic weapon, but also the very foundations of (orchestral) black metal and (progressive) Viking metal.

While Emperor have since passed into shadow, save for a few crucial live appearances, Enslaved have not only continued to wave the banner of their Viking-inspired mandate, but refined and redefined it several times over since. The latter isn’t a physical representation, but rather philosophical, as evidenced first across the expanse of Hordanes Land opener “Slaget I Skogen Bortenfor (Epilog/Slaget).” Whereas Emperor’s 26-year-old cosmic enmity continues to cast ill influence and powerful sway. Tracks like “I Am the Black Wizards” and “Cosmic Keys to My Creations and Times” recall a time of black metal immemorial, but also look wickedly into the future as if ageless. Separately, they posed a threat to the norms of the day. Together, they were an unparalleled force that helped generations find both the secrets of the universe and the shores of Midgard.

For the first time in the Hall of Fame history, Decibel is inducting a pivotal compilation of two EPs. We hereby welcome Emperor and Enslaved back into the Hall. And herewith, may the magic of the wizards and the strength of the Vikings be extolled in unison.

Need more Emperor and Enslaved? To read the entire seven-page story, featuring interviews with all members on Emperor/Hordanes Land, purchase the print issue from our store, or digitally via our app for iPhone/iPad or Android.