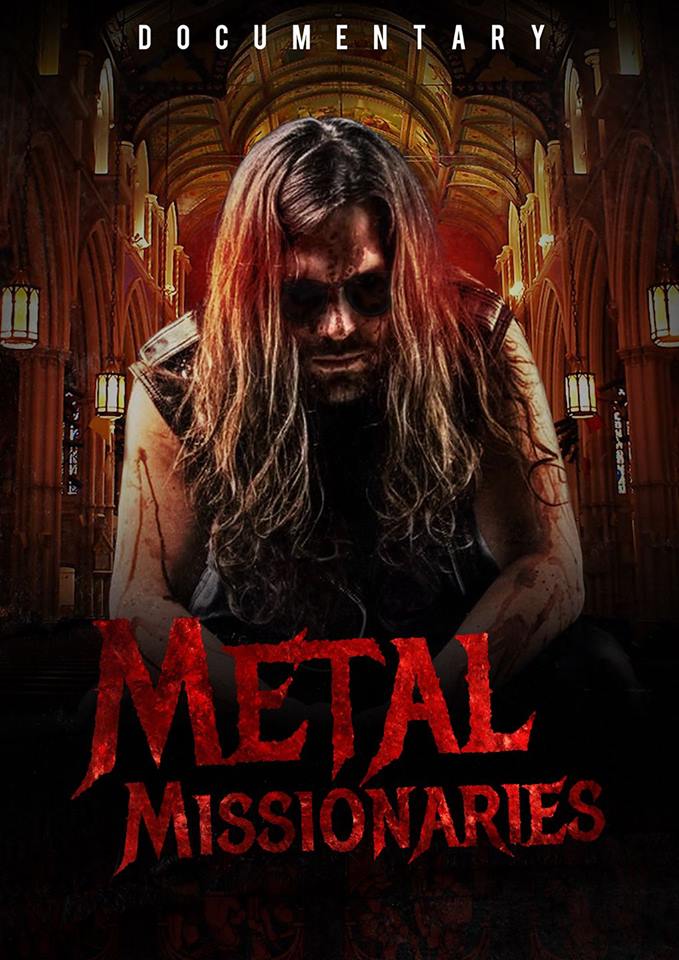 Longtime metal fan Bruce Moore—producer/director of the new documentary Metal Missionaries—has seen Christian metal bands pushed aside for years, even within religious circles. In 2010, Moore published a book with the same name as his new movie, so, clearly, the idea of Christian bands struggling to find their place in the metal world is not new to him (neither is the idea of mixing food and metal: Moore has two books under his name dealing with the two subjects, not to mention he hosts Brutally Delicious, “the world’s most metal cooking show,” according to its YouTube channel).

I’ve been a fan of Christian metal and Christian music for a long time, even growing up,” says Moore. “I remember growing up, in churches in the ’80s, it was seriously frowned upon and kind of ostracized. Over the years, it’s starting to be more of a mainstream thing, but I still think the perception from both within the Christian scene and without is still that’s it not really legit and the artists aren’t really legit, it’s just a prop or a way to sell tickets.”

For the movie, Moore got members of decidedly non-Christian bands such as Samael and Goatwhore to give their thoughts on the matter. He says most of these interviewees were super respectful and they can “agree to disagree.”

“I know what I believe, and I’m not really trying to convert anyone, that was never the goal of the movie,” he says. “I’m actually really good friends with Vorph [of Samael] and Ben [Falgoust, of Goatwhore]. You can still be friends and have differences of opinion for sure. Everyone’s entitled to their opinion, and I think mainstream Christianity has gotten a bad rap from all the nonsense that has happened over the years, so I kind of see their point, in a way.”

Moore says that he aims to show viewers through the movie—which is narrated by Dee Calhoun of doom legends Iron Man—that bands in the Christian scene are serious and passionate about what they do.

I think that, in the metal world, is enough to be considered contemporaries in the whole scene,” he says. “At the end of the day, I don’t know that lyrics make metal; I think metal is defined by the type of music, the riffs, and guitars and distortion and growls. With some of these bands, you can’t even tell if they’re Christian or not Christian. So I don’t know that it makes a difference; it’s all one big metal community, and this is a part of it, and I think as long as they’re honest and passionate then it should be accepted just like anything else.”

Moore recognizes that there’s a stigma around Christian metal bands and that they have to work harder to get attention in the metal underground, if they even get attention at all.

“That’s not anything new,” he says. “There was the ’80s hair bands and you had Stryper, who by all means were just as good if not better than some of the LA scene bands but because they were throwing bibles out and singing about Jesus they immediately got ostracized. That carries through to today—these guys are working a lot harder to get to the same place.”

One of the main questions Metal Missionaries asks is if music as aggressive and angry as metal can be reconciled with peace and religion, so we asked Moore if he thinks the two can find peace with one another.

“I definitely do,” he says. “The Bible is filled with tons of almost metal imagery, all kinds of destruction and catastrophe, it kind of rivals some of the stuff that Amon Amarth or somebody would write. The bible’s not pretty and it’s not glossy; it’s dirty. But at the end of it there’s a belief system and a faith that spreads through the end of it.”