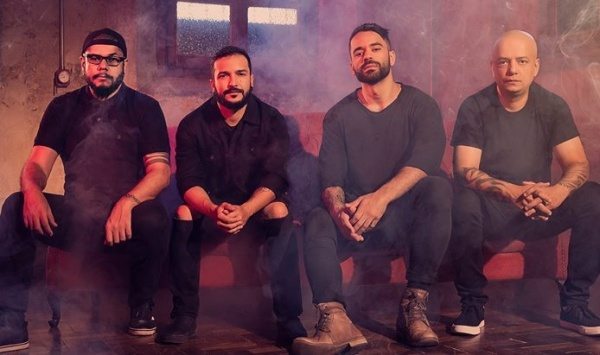 Eminence is a band from Brazil that plays a distinctly modern form of metal. As you can see from their latest video below for “Minds Apart,” (the song was produced by Tue Madsen, who has worked with bands like Heaven Shall Burn, Meshuggah and Halford), they mix groove, metalcore, some electronic influences, and deep vocals reminiscent of bands like Oceano and other acts from the deathcore set. Though this could make for generic slop in the hands of many bands, Eminence seems determined to make it into a catchy, engaging concoction.

Perhaps more interesting, however, is the music video. There’s a lot of talk lately about the impact of technology and social media on humanity and wider culture. The Atlantic has an article out about the effects felt by today’s adolescents, and people like Ross Douthat have tried to get their arms around how to moderate the use of new media, particularly when it comes to children’s access to it. As metal is wont to do, Eminence takes these concerns and displays them in a graphic fashion. The symbolism of the man seated idle (well…mostly) on his couch with the Oculus on his face is pretty clear. What the song and video aims to express is the effect that unearned gratification, blended with social isolation, is doing to humanity. You could be excused for chuckling at the sight of the group therapy session at the end of the video. But these things need to be discussed. And Eminence has taken a good shot at finding an artistic way to express this very real worry.

You can check out more from the band here.