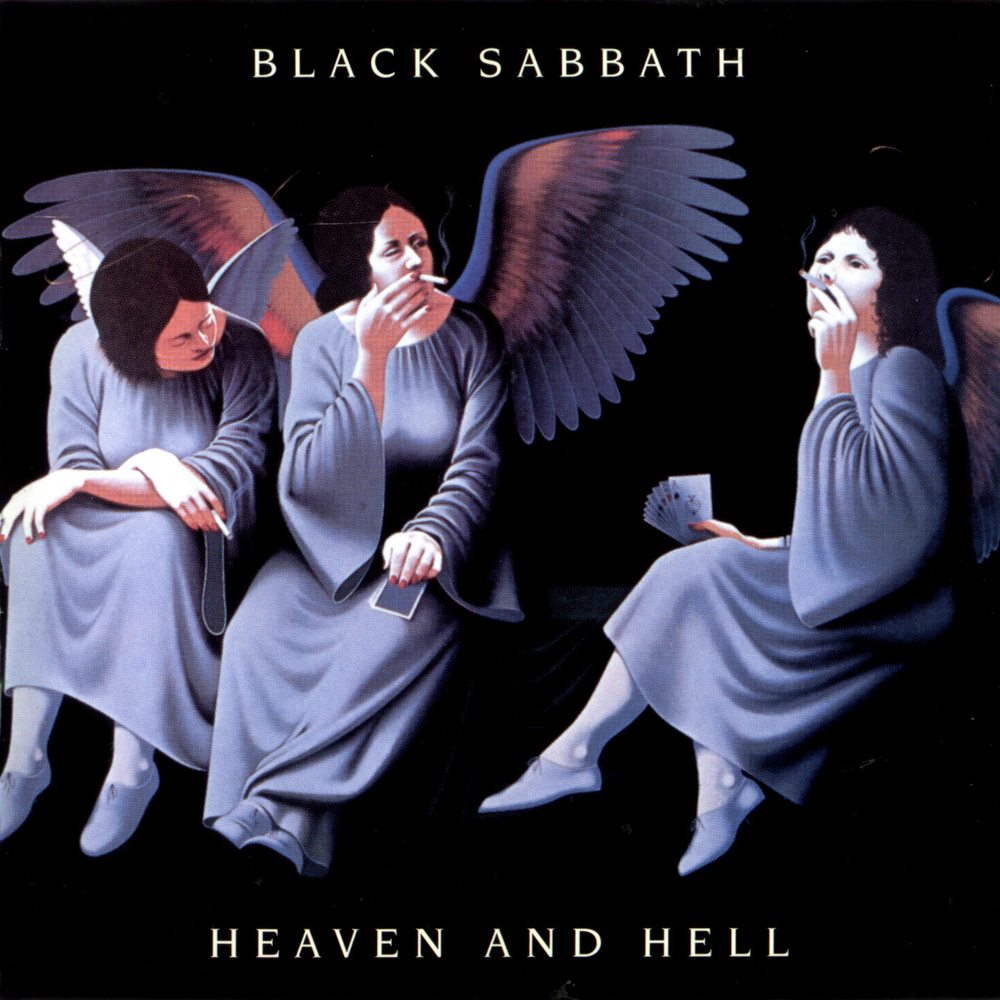 And so was created Heaven and Hell, Sabbath’s ninth LP and Decibel’s 43rd entry into the Hall of Fame (you can purchase the September 2008 issue here). It’s an undeniable classic that features some of the band’s most iconic mid-era tunes, and it was a definitive answer to the naysayers who were sure that Ozzy’s departure would be the death knell.

Heaven and Hell is the sound of a band revitalized—a casting aside of the aesthetics of the 1970s in favor of a brighter, heavier future. The chemistry between Dio and his players is palpable throughout the record. Geezer’s bass runs are legendary. Ward’s drumming is powerful and riveting (even though he readily admits to having little to no recollection of the recording process). And, as always, Iommi’s riffs have the power to crush buildings into a fine powder.

Check out our picks for Heaven and Hell’s best tracks below, and leave your own list in the comment section.

8. Walk Away
This is the only song on the record that borderline sucks. The main theme sounds like a throwaway riff from a coked up Van Halen session, and the lyrics might as well have been pulled from a 10th grader’s diary. The whole thing feels like it belongs in a movie where some pithy kids have to save their summer camp from an evil logging company or some shit. That breakdown/solo section that starts at 2:42 is pretty dope, though. This song is still better than like 96 percent of what came out in 1980.

7. Wishing Well
This song starts with a fairly vanilla Iommi riff, but check out Geezer going apeshit over the top! Aside from John Paul Jones, he’s the undisputed king of taking a simple guitar phrase and using subtle yet intricate bass work to fuck it sideways. Dio sounds awesome on the choruses, and I love how Iommi just solos right over the last one. No fucks given.

6. Lonely is the Word
With its slinky crawl and bluesy aesthetic, this tune is the perfect way to close out an adventurous, dynamic album. It’s one of those classic “close your eyes and spark a doob” jams, and it features some seriously emotive solo work from Iommi. Dio’s subsequent “Shame on the Night” owes a lot to this one’s filthy grooves.

5. Lady Evil
This is probably the most fun song on the record, and it’s one of the first in a long line of rock tunes that pay homage to the “witchy woman.” In fact, I imagine this song being the catalyst for every decision that Type O Negative ever made. The riffs are nasty, and Dio’s delivery is aggressively awesome.

4. Neon Knights
This is the perfect choice to open the album—it’s fast, full of energy and a great showcase for a brand-new singer. I used to play guitar in a Dio tribute band, and we would open every show with “Neon Knights” without fail. It’s a signal that some serious rockin’ is about to commence, and it always gets the blood pumping.

3. Children of the Sea
I guess this would be considered Heaven and Hell’s power ballad, but I’ve always thought of it as one of the earliest examples of “power doom.” After a somber opening in which Dio sings about misty mornings and reaching for the stars, the band breaks into a verse that’s custom-made for generations of headbangers. And then there’s the chorus, which has to be one of Sabbath’s all-time best, and a solo bridge that’s as delightfully layered as a Super Bowl dip. Look out!

2. Die Young
Even though this song starts with some ’80s dreamscape keyboards that I imagine gave numerous metalheads near heart attacks upon first listen, when the band kicks in at 0:48, there can be no denying: Black Sabbath kicks the shit out of every band in history. “Die Young” has everything—ripping solos; a memorable chorus; catchy, heavy riffs; dynamic arrangements and performances; and lyrics that speak to the inner rebel in all of us. This epic bastard might as well be my life’s anthem.

1. Heaven and Hell
Can there be any other choice for number one? If “War Pigs” is Sabbath’s “Stairway to Heaven,” then “Heaven and Hell” is their “Kashmir.” It’s undoubtedly the best representation of the band’s time with Dio, and it has become synonymous with their post-Ozzy, pre-Gillan/Hughes catalog. Every second of this seven-minute behemoth is quintessential rock and roll, from the creeping drum and bass work in the verses to the “throw your horns in the sky” chorus and roaring guitar solos. The buildup that starts at 4:15 makes me want to circle pit every time I hear it. If Dio-era Sabbath has to be remembered for one thing, it’s this song.