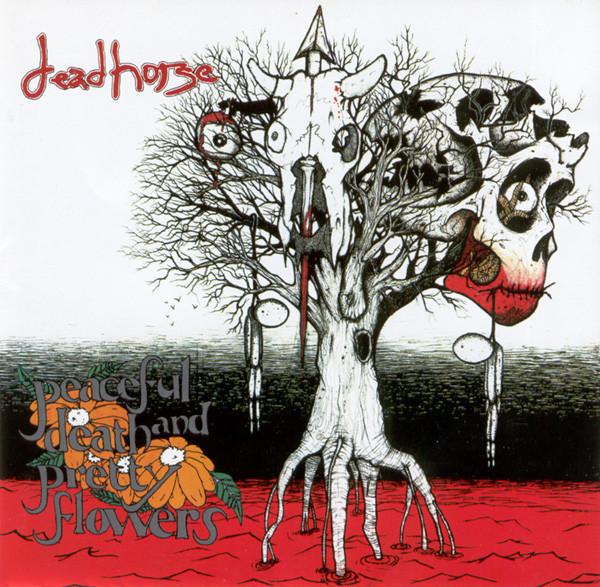 1991 was a year of revelation and catharsis for popular music. Heavy music had drawn just enough blood to catch the jackals of the music industry’s attention, and with the release of Metallica’s self-titled LP and Ozzy’s Grammy-winning No More Tears—not to mention the full-throated arrival of grunge thanks to the likes of Nevermind, Ten and Badmotorfinger—FM radio became borderline interesting. Sure, thrash was being force-fed its meds and full-fat yogurt, but against all odds, death metal was looking just as commercially viable. Hell, you could purchase a Godflesh cassette at Camelot Music. Anything seemed possible.

To wit: Houston, TX outfit dead horse (all lowercase, thank you), which clambered out of this extraordinary cradle with a sophomore album that simply shouldn’t exist. It somehow had the charismatic indecency of S.O.D., the oblique catchiness of the Pixies and a certain helter-skelter, country twang. It was obnoxious, brooding and strangely innocent, and it accidentally managed to make thrash seem really cool again (partially by not really being a thrash record). And it should’ve caught fire. Shit, they were almost, almost there!

But the righteous steam of youth, a little bad juju and 40 ounces of malt liquor make for a seriously stiff cocktail, and by 1994 it was “Every God for Himself.” And maybe you don’t get that reference, but it’s only because you haven’t been properly introduced to what L-G Petrov once dubbed “one of Texas’ greatest bands.” You don’t know yet, friend. But you’re about to.

Welcome, Peaceful Death and Pretty Flowers. After all this time, the privilege is ours, and—at last—the floor is yours…

Need more dead horse? To read the entire seven-page story, featuring interviews with the members who performed on Peaceful Death and Pretty Flowers, purchase the print issue from our store, or digitally via our app for iPhone/iPad or Android.