Christmas may yet still be a month away, but for the vinyl collectors out there, the holidays have come early. Decibel is proud to announce not one, not two, not even three, but four exclusive LPs are now available for pre-order only through our online store!

After signing to Century Media, gearing up for their upcoming appearance at Decibel Magazine Metal & Beer Fest: Los Angeles 2021 and landing an opening spot on select dates of the forthcoming Decibel Magazine Tour 2022, Las Vegas death-western cultists SpiritWorld are on track for a massive 2022. To prepare you for what’s to come, Decibel is proud to announce our very own exclusive color variant of Pagan Rhythms, SpiritWorld’s debut LP! Pressed on “Ritual Human Sacrifice Bone” colored vinyl and packed with a limited edition 12” x 12” art print, this essential reissue is the most scarce edition, coming in at a scant 250 units. Now Decibel may or may not have a total crush on Khemmis. With their most recent album Deceiver landing all the way at No. 2 on our Top 40 Albums of 2021 list, making their Decibel cover debut with our December 2021 issue and their sophomore effort being our No. 2 Album of the Decade (2010-2019), it’s safe to say that the modern day doom wizards have cast a spell over the dB staff. That is why we are beyond thrilled to announce the reissue of their stellar 20 Buck Spin catalog featuring the albums Absolution, Hunted and Desolation, all with Decibel-only exclusive colors and all pressed at an extremely limited amount of only 100 units each! Absolution comes pressed on “Red Inside of Beer” colored vinyl, Hunted sees new life on “White Inside Electric Blue” vinyl and Desolation appears on “Black Inside of Orange Crush.” Looking to nab all three at once? We’ll have only 25 bundles including all three releases for as long as supplies last. Do not wait on these, they will sell out fast! 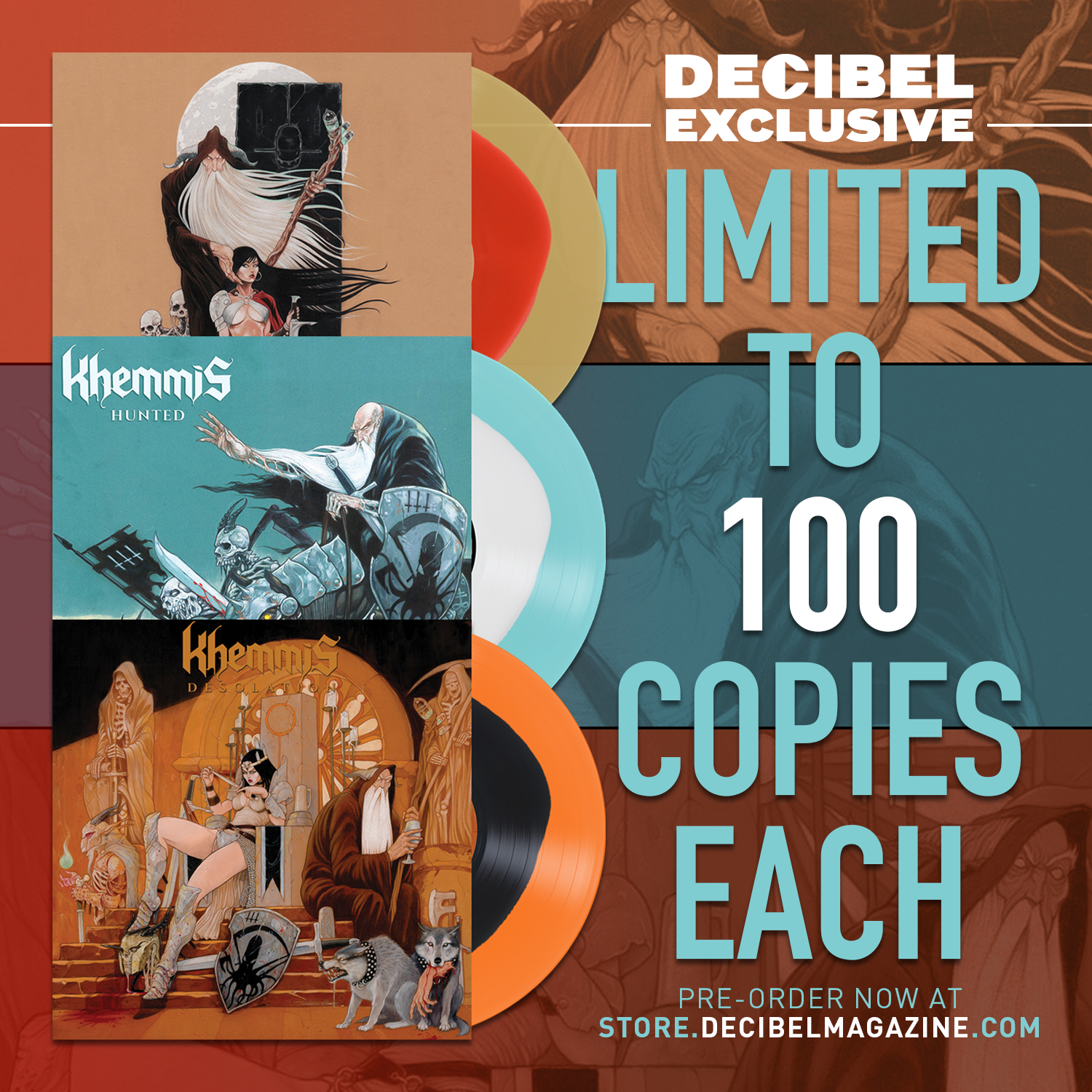 It’s a vinyl collector’s dream, courtesy of your frenemies at North America’s only monthly metal mag. But don’t spoil the holidays, get your copies today!

NOTE: These are pre-order items due to ship around late February 2022 (Khemmis reissues) and April 22, 2022 (SpiritWorld reissue). All details, including release date, are subject to change.