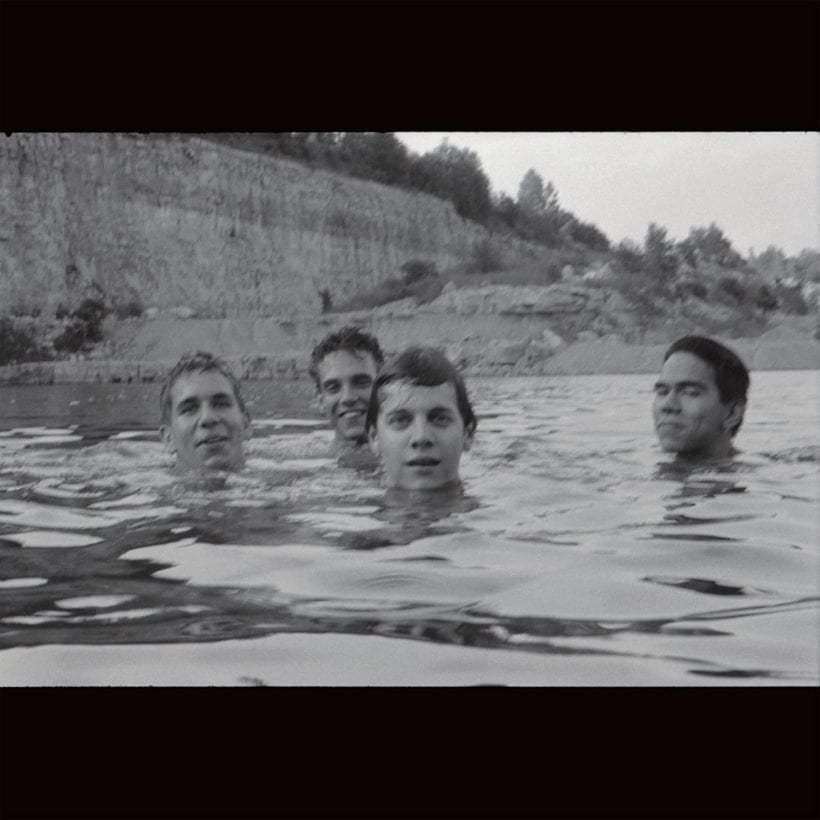 It ain’t metal, but as far as post-rock (and, by default, post-metal) or second-generation emo (which, hey, had some good, and loud, groups involved) goes, all signs point to one band, and one particular record by that one band: Slint’s Spiderland. The record was released in 1991, contained six songs, and didn’t make much of an impact when it came out, yet here we are, in 2020, staring once again at that odd cover, listening to these songs in detail, nodding our heads in solemn respect at what is a truly groundbreaking record.

The reason for the celebration is that we inducted Spiderland into our Hall of Fame in our September issue. It’s incredibly well deserved, the album nothing less than a masterpiece of our time, the young band stumbling into genius and then stumbling right out of it, Spiderland serving as the final full-length from this most intriguing of groups.

Today, we look at each of the album’s songs and rank them from most-awe-inspiring to slightly-less-awe-inspiring. Mainly, think of this as a chance to revisit (or, if you’re new to Slint, get familiar with) the songs that formed the foundation of post-rock (and post-metal!) as we know it today.

A lush exploration of post-rock dynamics, the instrumental “For Dinner…” is five minutes of pure mood, gentle drumming, and a climax just trying to happen. It’s almost frustrating to listen to, but it’s mainly just incredible to listen to, the band influencing so many bands who wanted to use their instruments as ways to express emotion that hadn’t before been explored. If any songs off this brilliant album have to be last, it’s this one, but it’s still a very moving piece.

From the opening whisper of “Don stepped outside,” this one is a strange journey, the band ending off side A of this record with this quiet, restrained song that is more quietly-spoken word with hypnotic guitar strumming than it is anything else, but, of course, it works, like everything else Slint did on this fantastic record. This goes on forever too, at 6:30 the band really testing limits, but it just never feels exhausting. It’s cinematic, it’s, yes, a journey: when things pick up around 2:39 it’s almost unbearably tense. Like all Slint songs, I have no idea what this is about and can barely process it as rock music as I know it, which is why it’s so incredible (however, massive shout-out to the drunk fan on YouTube who in the comments for this song gives a detailed literary analysis of the song’s protagonist and, I gotta say, probably nails it pretty hard).

In which our guys get weirder, eschewing melody for some serious Dischordian post-hardcore riffing, along with some horror-movie riffing for the longhairs. The brilliant thing about this album is how the band can go from emo melodies to dissonance like this song with ease, and it all sounds cohesive, no song on here ever getting skipped. The final riff on this is just too good, the band just getting weird, and rolling ahead, ahead, ahead, nothing making sense, everything making sense.

It’s hard to think of a song that influenced the entire post-rock and second-gen emo/hardcore genres as much as this one (well, this and this album’s “Good Morning, Captain”). I mean, Cerberus Shoal (who we have raved about before) have about an album and a half worth of incredible material all directly inspired by this song. The quiet/loud/quiet dynamic is in full effect here, and those talking “vocals” that start the song off are just perfect. When the singing does kick in, it’s earnest more than it is anything else, and it’s perfect. The jarring guitar work, the slowly building atmosphere, the heart-on-sleeve emotion… this is post-rock done right.

Slint ends off the album perfectly with a song that takes everything they’ve done on the previous five songs and combines it together effortlessly. Dissonant guitar lines, snaking drum work and quiet spoken vocals lead into soul-wrenching melodies and screamed vocals, with the legendary “I miss you” line bringing this phenomenal song, and album, to the finish line, listener fully spent every single time (indeed, I usually spend most of the 7:38 runtime just waiting for that vocal release, even though it occurs very near the end of the song). This song just leaves all who experience it fully devastated by its end, part of the reason why it’s so incredible. It speaks wonders to this album’s brilliance that “Good Morning, Captain” isn’t at number one on our list.

This is it, right here. This song is so incredibly moving and rich I’ve spent nearly 30 years getting lost in its riffs, its snaking drum patterns and its incredibly vulnerable vocals. No one else could have written and performed this song except for Slint in 1991. There’s Neil Young in the voice, there’s post-rock in the music, there’s gentle emo melodies in the guitar work, but there’s an unsettling atmosphere over it all, like ocean waves that are just a little too large in the middle of the night. The dynamics are perfect: not always predictable, but always powerful. A very, very rewarding way to spend almost nine minutes, this song is almost unbearably good. For “Washer” alone, Slint deserve to be in our Hall of Fame. Hall of Fame Countdown: Deadguy’s “Fixation on a Coworker”

Ranking the songs on Deadguy’s Hall of Fame-inducted album Fixation on a Coworker from worst to best.