The miserablists in -(16)- just keep on sludge-rockin’ on, the Los Angeles crew dropping their eighth full-length, Dream Squasher, last Friday on Relapse Records. To celebrate the release of the album, we caught up with guitarist Alex Shuster to find out what five heavy albums changed his life.

Read on to see what classic rock album was a game-changer, what underdog DM band Shuster champions, what oddball Testament record he picked and more. 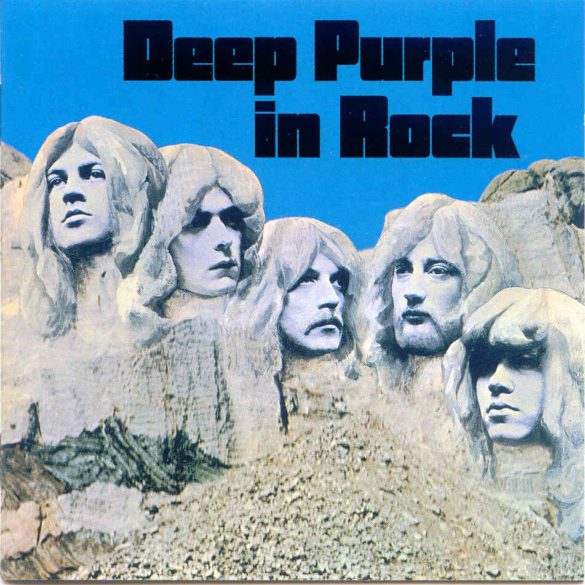 Deep Purple – In Rock (1970)
It was probably my fist introduction to heavy music; I was about 10 or 11 years old at that time and got my hands on this bootleg cassette from some shady dude at a central bus terminal. Talk about heavy—this album is raw, exciting and dramatic at the same time. Gibson ES-335 through AC30 along with distorted Hammond through a Marshall created a wall of sound well before that term was even invented. Songs like “Bloodsucker” and “Into the Fire” not only sounded cool for a 10-year-old—they were hard-hitting, aggressive and dynamic in a way that my yet-to-be-spoiled ears hadn’t experienced before. There are crazy screams all over this record (only to be matched by Black Sabbath Born Again some 13 years later) and it creates this chaotic atmosphere that swings between mellow classical interludes to a total sonic assault. Funny enough, a well-known song such as “Black Night” was recorded during those sessions as well but never made it on the actual album (go figure…). This album became a pivotal moment for Deep Purple as a band and some might argue for heavy music as a whole, but for me personally it was probably the main reason to pick up a musical instrument and jam with other people (otherwise I would still try to figure out all the moves in “Stayin’ Alive” ). King Diamond – Them (1988)
A high-school friend introduced me to Them, and while I’m still pretty sure he bought this record only based on the cover artwork, it was my first introduction to the King. Before I discovered Mercyful Fate or any celebrity endorsements from Lars, Them was creeping me out like no record before. The theme of the mentally ill grandma, the voices in the House of Amon, all that tea drinking… Even the song structures and the guitar leads that will end up on a different note from what you would normally expect—everything about this record was somehow unsettling, and it was fantastic! Gorefest – False (1992)
I always thought Gorefest don’t get enough praise for being as awesome as they are. Ed Warby is by far one of the top death metal drummers (and I’m challenging anyone to debate me on that, any time, any place). This band evolved so much between each record, and while Erase is probably considered to be their masterpiece, False is special to me. “The Glorious Dead” is such a “fun” song to play and it gets you in the mood pretty much right away. I was in a number of death metal bands and would often start the practice with this riff… The drummers didn’t appreciate it too much, though. Not exactly sure how musical karma works, but when I was auditioning for -(16)- (and keeping with my old habits), I mentioned my appreciation for Gorefest; apparently both Bob [Ferry, guitarist/vocalist] and Chris [Jerue, vocalist] were like-minded on that front and it pretty much sealed the deal. Testament – Low (1994)
This came up right when the nü-metal was picking up and my friends where getting into bands like Korn and Coal Chamber… while nothing against those two… even classic thrash metal bands where going through changes. Low was just the change I was looking for. It was perfect for the time, especially comparing to its peers. Chuck [Billy, vocalist] was pretty much growling full time now and the extended guitar leads that were featured in the classic Testament records where now replaced by short and tasteful licks that where much more part of the song (instead of song-within-a-song, if you know what I mean) but the highlight was the drumming. John Tempesta was great with White Zombie, but here you could hear him, with all its organic glory. This record saved me from nü-metal and I’m forever grateful for it. Another 1994 release (what a year, I guess). As a teenager, I would save up all my pocket money to buy music, and more often than not, I would have to make strategic decisions around cost/value of what I was able to buy. Label compilations were usually on the cheaper side and provided a great introduction to a bunch of bands I wouldn’t have heard of otherwise. This was the case with a Peaceville label sampler CD that opened up with At the Gates’ “The Swarm” and this was a love at first sight (in audio terms). While I always enjoyed Swedish death metal bands like Entombed, Dismember and Carnage, it was At the Gates’ Terminal Spirit Disease that opened the gates for the Gothenburg sound. To me, this was a beautiful era, where pretty much everything that will come out of Studio Fredman will get my immediate attention, and, at least for a few good years, there was rarely any disappointment on that end. Eight out of seven scientists agree that stability is important for young adults, so there you have it. This was mine.