Featured at the gates, Five Heavy Albums that Changed My Life, Jonas Stålhammar.

Jonas Stålhammar’s got a lot going on: the guitarist is the latest addition to Swedish death dealers At the Gates, whose highly anticipated To Drink from the Night Itself comes out on May 18, but he’s also in The Lurking Fear (with ATG colleagues Tomas Lindberg and Adrian Erlandsson) and God Macabre, among others. But because at the end of the day we’re all longhairs who love talking shop, Stålhammar recently took a few minutes to talk to us about five heavy albums that had a deep impact on him. 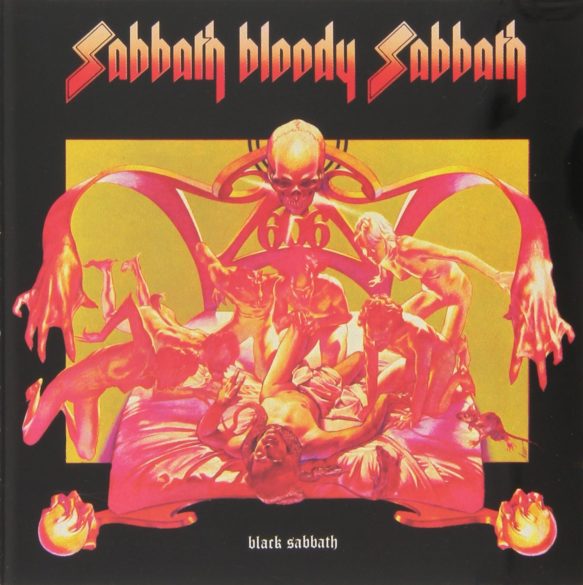 For me, this is Sabbath’s magnum opus. The way they bridged the gap between their own heaviness and embracing more prog rock is magical. Not a weak song. The use of Mellotron and Minimoog also makes it a lot more interesting for me. Love the dry production, also. I heard this album a couple of years after I got into Sabbath as a kid and it really spoke to me right off the bat, and since then it’s been a source of great inspiration. Ozzy’s vocals are ace and I think the last four albums from the classic Ozzy era, he was in his prime. There’s really nothing I don’t like about this album, at all. Rick Wakeman provides some killer keyboards to “Sabbra Cadabra.” He was recording with Yes in the studio next door and ended up drinking with Sabbath at the pub every night since he found his bandmates in Yes boring. After getting into Venom in the early ’80s, Mercyful Fate came and changed the ballgame because they were really good players compared to a band like Venom. Still love Venom, but Mercyful Fate was and is a lot more interesting to me. Melissa and Don’t Break the Oath are both masterpieces, but to choose one, I’ll go for Melissa, since I heard that one first. The guitar playing of Denner/Sherman is still a big inspiration to me. They deserve to be put up there with Downing/Tipton, Gorham/Robertson, and Murray/Smith. I recall many having trouble with King’s vocals, but for me it suits the music so well. And I still remember that I thought the cover, both front and back, was mysterious and a bit scary at 10 years old. I can’t stress enough how important Voivod have been for me. Together with Celtic Frost, they are the most unique band that came along in the metal scene back in the ’80s. Piggy’s guitar playing was so weird, bluesy, and aggressive at the same time, and Blacky’s bass sound is still the most brutal in metal, I think. After reading an interview with Away where he mentioned bands like King Crimson, Magma, and Van der Graaf Generator as huge inspirations, I got into prog rock, and that’s something I’m really grateful for. Last year, The Lurking Fear got to support them in Stockholm and it was kinda surreal playing with your heroes and talking about the bands mentioned earlier with Away. Hard to choose among their records, but in the end Killing Technology is the one, because it’s the first in a string of masterpieces. The riffs, the aggression, the lyrics, the production, the weirdness, and the playing is just perfect. In the end, Autopsy is my all-time fave death metal band. They have never compromised with anything, and I have so much respect for that. I was pen pals with Chris Reifert back in the tape-trading days and he’s still a good friend and a guy I respect a lot. Mental Funeral is their best, but in the end I have to pick Severed Survival since it was their debut and it had such a huge impact on me when it came out. The riffs and general songwriting are still a big source of inspiration when I write songs. It’s got 10 songs that are so damn good. The kinda flat production, I think, adds a lot to the whole feel of the album. One could argue the production isn’t good, but I couldn’t hear the album any other way, really. Technically not a metal album, but it’s just as heavy and aggressive as metal albums, in my opinion. Anekdoten are a Swedish prog rock band that released their first album back in 1993. Nucleus is their second album, from 1995, and just blew out of the speakers when I first heard it back then. Their music is very much inspired by the darkness and heaviness of bands like King Crimson, Van der Graaf Generator, and Magma, and at times they are very similar to Voivod; the late Piggy of Voivod was a huge fan of this album. To me Anekdoten (together with fellow swedes Landberk and Änglagård) paved the way for a band like a Opeth to become the band they are today.