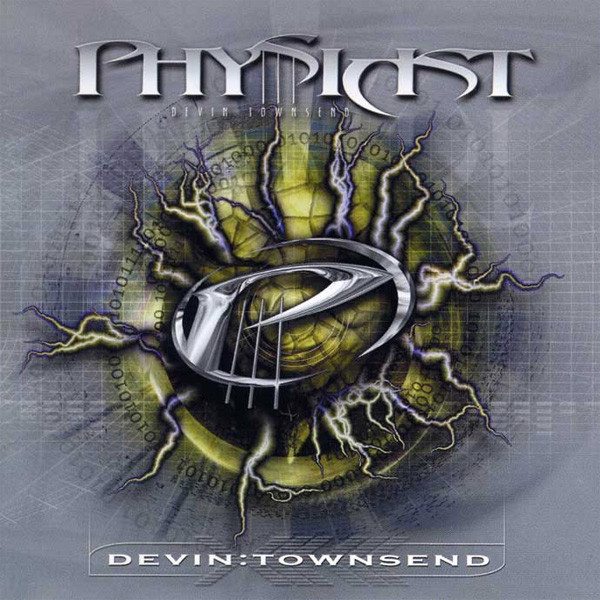 Devin Townsend is an odd topic in the halls of Decibel HQ.  He’s a goofball, but unlike some bands’ wacky drummer or weirdass bassist, Townsend has been the skulleted face of every project since he worked with Steve Vai.  As part of the package, he’s wrapper, box and gift all in one.  He might not be the colorful tissue paper accents, but he sure as shit decides which colors and how they’re arranged.  An unavoidable goofball, is what I’m getting at, and unforgivably so.  As metalheads, we’re perfectly happy to allow GWAR and At the Gates their advanced degrees, willing to accept Gojira and Wolves in the Throne Room and their ecologically awareness, even eager to follow Behemoth and Watain down their super-serious Satanic paths… but do not fucking pass gas and giggle about it, or we will disown your art.  Or so the thinking seems to go.  Townsend made the unconscionable journey from egotistical control-freak goofball to self-annihilating maniacal goofball to straightedge, self-aware aging goofball in just a couple decades.  For your information, none of those incarnations is allowed.  He skipped straight from dick jokes to dad jokes, without ever pausing for artistic integrity in between, and in the process he gathered a hardcore following from the population of metal-lovers who think that’s exactly what integrity looks like.

Townsend himself has sounded off dozens of times about his many musical personalities, how they originated and interacted with each other, and how they have converged on and repelled each other over the years.  He has described (and listeners can discern) the way that the chaos of his persona in Strapping Young Lad was codependent with the vulnerability of his Devin Townsend Band recordings, intertwined in a cycle that played out between City and Ocean Machine, SYL and Accelerated Evolution, Alien and Synchestra.  It’s the very cycle that led to Townsend’s eventual repudiation of that lifestyle, dissolving both bands and retreating (however briefly) from metal to grapple with personal choices a bit more carefully than he had done in the past.  The New Black is evidence of the changing tide (an album that might make it to this column at a later date, if Mr. Mudrian doesn’t shut it down), Ziltoid is the product of go-it-alone freedom, and Ki seemed to signal a break from everything that had come before.  The separation wasn’t permanent, of course…

But we’re not here to discuss the present.  We’ve gathered here today to revisit an album that, by Townsend’s own admission, does not rise to his standards.  Physicist is one of two albums whose sound, he says, does not match his intention (the other is SYL).  Devy fans have likewise scratched their heads at this hyperactive solo aberration.  Most dedicated Devheads will tell you that Terria or Infinity or Ocean Machine scales the heights of musical greatness, while the Laddites will immediately point to City or Alien as the pinnacle of all things heavy.  Physicist split the difference, somehow – actually, it’s pretty clear how, since its personnel is identical to Strapping Young Lad – and its flattened performances and compressed sonic quality rob the album of some essential character.  Do these flaws damn the record to the bottom of Townsend’s discography, even the bottom of your own personal collection?  Your choice.  But I contend that the songs deserve better treatment than that.

Physicist is a house of many entrances, but one of the most accessible (if only in retrospect) is “Kingdom.”  When Townsend took another swing at this song for 2012’s Epicloud, he knocked it over the wall and gave us all a glimpse of the potential that lurked throughout Physicist.  Sure, the update boasts improved vocals (both Townsend’s semi-operatic tenor and Anneke van Giersbergen’s airy accompaniment), meatier guitar lines and a deeper dynamic range, but all of that chunky, syncopated glory existed in the song’s original version, as did the mesmerizing juxtaposition of blistering heaviness and love-struck longing.  Strapping Young Lad was great, and Gene Hoglan, Byron Stroud and Jed Simon deserve all honors laid at their feet… but maybe if Physicist had been realized by more sensitive players – and if Townsend had sought such a thing at the time – the whole record might have achieved a different tone altogether.

“Devoid” appears to be a prime candidate for such reconsideration, as its hyper speeds seem entirely antithetical to the spacious melodies haunting its interior.  Again, “Kingdom” provides evidence that the two should be allowed to coexist, each deriving energy from the other, but the clipped nature of the intense drumming might act as an unnecessary turn off.  With a more deft hand, and maybe a couple more minutes to spread out, and who knows?  Regardless, there’s something to learn here.

Another obvious entrance into Physicist – the one most likely taken by most listeners – is opener “Namaste.”  It’s definitely a confounding first track in the context of the rest of the Townsend’s solo entries, but it offers a fair representation of the songs to come.  Despite its aggressive presentation, melody is prevalent throughout, and it provides a rush that follow-up “Victim” tries like hell to match.  The attempt is as close as the album ever gets to outright SYL punishment, veering off into DTB weirdness just in time with “Material.”  Here’s another song that would have benefited from greater dynamic contrasts.  “Material” is downright gorgeous in its chewy pink center.  “The Complex” is similarly… uh, complex… if given the chance.  Townsend’s keyboard accents and vocal melodies narrowly rescue the song from becoming a rhythmic blur.

“Irish Maiden” is a madcap romp with the same sense of fun as Infinity’s “Bad Devil,” but none of the audience participation.  The song begins Physicist’s rise from the morass of blasting machismo that sometimes appears to define it, and “Jupiter” blossoms wide in an emotive explosion that hearkens back to Ocean Machine’s finest moments while forecasting what would become the raddest moments from Terria and beyond.  “Planet Rain” caps the album with a sweeping prog anthem, hiding some of Physicist’s most important, soulful moments so late that they might have gone wholly unnoticed by anyone who dismissed the more blustery side of the record.  “Planet Rain” is the kind of song that would come to define Townsend’s musical ambitions, and here it lies, at the end of one of the man’s least appreciated collections.

Physicist is full of songs worth hearing.  The songwriting is hardly the problem.  Physicist’s greatest sin is sounding like an album that was recorded just to have an album recorded.  It feels squeezed out, jammed into place, molded to fit somebody else’s expectations without receiving the care it clearly deserved.  Albums like Ghost and Deconstruction suggest that new millennium Devy could occasionally benefit from an editor, but Physicist comes from a time when he might have pared away too many good instincts… or perhaps hadn’t yet developed them.  Physicist is lean in a way that is rare in Townsend’s more recent creations, and that in itself is worth celebration.  Expansion might have worked in its favor, but a critical ear is worth its weight in quadruple LPs.

Give Physicist another go.  Or two.  Rediscover its charms.  Maybe Townsend can keep lifting songs from here (as he did again with “Victim” for the Transcendence sessions) and give them new life.  Maybe we’ll find that they don’t even really need as much extra attention as we first thought.