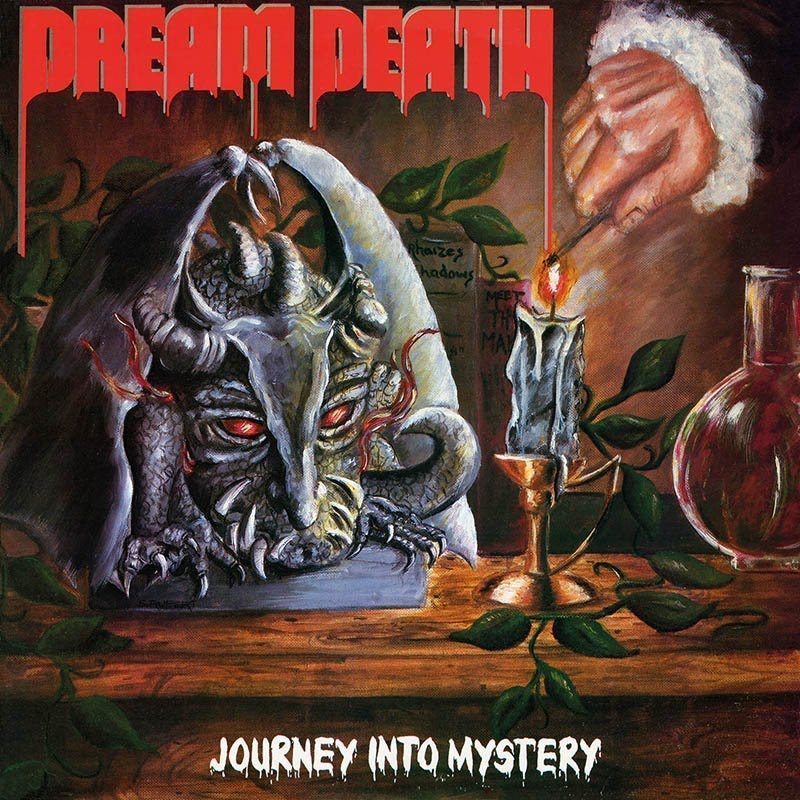 The late ’80s were a heady time for the burgeoning extreme metal scene, although not every band that released a great record received its just compensation. Such was the case for Pittsburgh’s doom-death pioneers, Dream Death. Following in the lumbering and massive footsteps of bands like Trouble, Pentagram and Celtic Frost, Dream Death appeared right on time with their 1987 debut, Journey into Mystery. Often mislabeled as simply thrash, or plain old doom, Journey into Mystery existed in both of those realms—and more—all at once. Boasting a sound that consisted of mid-paced crossover grooves, punk-tinged anthemic choruses and doomed-out breakdowns, Journey into Mystery sounds like an album written with a live audience in mind.

Besides being a riff smorgasbord, Journey into Mystery also displays shockingly sophisticated and creative songwriting for being the work of teenagers. Today we can listen to Journey into Mystery and hear where bands like Autopsy and Obituary likely got their doomed and groovy sound. And we know for a fact that Cathedral were influenced by the album. Why else was Dream Death’s drummer Mike Smail recruited to play on their debut album? And no wonder: Back in 1987, when subgenre mixing was taboo, all those tempo changes, those doom-into-thrash and back again moments must have been intoxicating. As they still are to this day.

As mentioned above, for all its groundbreaking approach and its lasting influence, however, Journey into Mystery never got the credit it’s undoubtedly owed. But, as we’ll see, that’s always been the case for Dream Death, whose four original members were barely more than naive teenagers at the time when they signed to New Renaissance Records. Now, 30 years after its release, Dream Death’s debut remains one of the most cult albums in the history of underground extreme metal. Reissued numerous times by multiple labels, and yet the members of Dream Death have yet to receive any compensation whatsoever. But despite all of this, Dream Death persevere and continue to release incredible music to this day. While we can’t change the notion that the members of Dream Death were likely exploited by their label back in the late ’80s, we can, at least, give Journey into Mystery this long overdue honor of inducting it into our Hall of Fame.

Got to get more Dream Death? To read the entire seven-page story, featuring interviews with all members on Journey Into Mystery, purchase the print issue from our store, or digitally via our app for iPhone/iPad or Android.