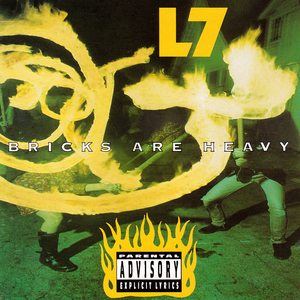 We can debate at length about what caused the demise of hair metal and the rise of the so-called grunge era in the early 1990s, but one thing is indisputable: The latter’s mainstream takeover was absolute. From the radio to the runway, America had had its fill of glam ham, and was increasingly obsessed with waifish anti-rock stars who slung gloomy dirges and ugly noise.

Not coincidentally, this cultural sea change foretold a shifting political climate. The Reagan/Bush reign of the ’80s would come to a close in 1993 with the swearing-in of President Bill Clinton, but not before the U.S. went to war abroad (the invasion of Panama, the Gulf War) and fumbled its way through the Iran-Contra scandal. There was also loads of strife at home: Women’s reproductive rights were being threatened by anti-choice clans, AIDS was a full-blown crisis, Reaganomics made the rich ridiculously richer, homelessness surged, and the crack epidemic caused a spike in violent crime. One can see how platinum-selling Spandex-clad dudes scissor-kicking their way through mounds of blow and boobs could be considered out of touch.

And yet, while the newest crop of MTV-endorsed bands were unabashed feminists who leaned hard to the left, their music didn’t overtly reflect their political views—that is, until L7 stepped forward. Guitarists/singers Donita Sparks and Suzi Gardner, bassist/singer Jennifer Finch and drummer Dee Plakas were products of the Los Angeles punk scene who radiated brute strength, shrewdness and a scathing sense of humor. There was a toughness to them, an impenetrablility that was both genuinely fearsome and completely fucking awesome. L7 were also acutely attuned to the turbulent sociopolitical climate. Of the major alternative albums of the early ’90s, it’s hard to find one as brazenly political as L7’s third release—and major label debut on Slash/Reprise—Bricks Are Heavy.

Bricks aired a variety of grievances: patriotism as pornography, girls getting bullied in mosh pits, dickhead exes and societal apathy. L7 paired their contempt with a thicker, heftier, more melodic sound than their previous release, 1990’s hardcore-punk ambush Smell the Magic (Sub Pop). The move paid off. Of its many critical accolades, Bricks reached #1 on Billboard’s Heatseekers album chart and peaked at #160 on the Billboard 200. The single “Pretend We’re Dead” hit #8 on the Modern Rock Tracks chart.

More than 20 years later, Bricks Are Heavy remains startlingly relevant and badass. The reason is not only because we, as a society, failed to dig our heads out of the crapper—it’s also because songwriting of this caliber is immune to trends and expiration dates. L7 still feel like a fresh threat. Now get in the pit, but don’t cross their line.