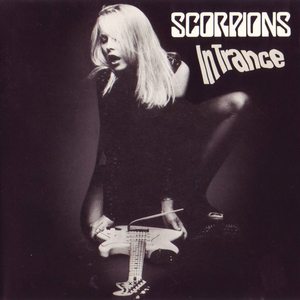 For most Americans, the earliest Scorpions song we remember is “The Zoo,” “No One Like You” or mega-hit “Rock You Like a Hurricane.” But the Hannover-based hard rockers had a storied history well before they were MTV and rock radio darlings. See, before the stadium tours, worldwide sales chart domination—six consecutive platinum albums from Animal Magnetism to Crazy World—and becoming Germany’s greatest musical export ever, the Scorpions were just like any new band with hopes and dreams. When the young guns hit the scene in 1972 with debut album Lonesome Crow, they were part of the fabric that made up what was then (and is still) known as Krautrock. That experimentalist Conny Plank helmed the production reins is telling of Scorpions’ formative association with a scene from which they’d eventually go to great lengths to distance themselves. But the path was set and there was no turning back.

Although Lonesome Crow and follow-up Fly to the Rainbow were fantastically riveting, they were, in hindsight, bridge albums, connection points between psychedelic Krautrock overtures to blues/classical-inflected hard rock. The lineup change that happened prior to Fly to the Rainbow was also pivotal. Not only did Dawn Road members Uli Jon Roth (guitars), Francis Buchholz (bass) and Jürgen Rosenthal (drums) join the fold—guitarist Rudolf Schenker’s younger brother Michael jetted to join British heavy metal pioneers UFO—but the songwriting dynamic changed with it. No longer a collective songwriting team, the Scorpions split into two camps, with Rudolf and vocalist Klaus Meine on one side and Roth on the other. This blueprint would make Scorpions ultra-famous later in life.

But In Trance is where it all came together. While Rosenthal was replaced by Belgian skinsmith Rudy Lenners, the Germans were significantly more comfortable in their own skin by album number three. With bravado, talent, and producer Dieter Dierks polishing the edges, the Scorpions crafted an album for the ages. True, In Trance owes some of its melodic bliss to Wishbone Ash and a bit of its heft to Steppenwolf, but, in the end, it’s undeniably Scorpions. From the fiery opener “Dark Lady” through the brilliance of closing track “Night Lights,” In Trance stuns with its dexterity and tunefulness.

No doubt the Scorpions were loud, boisterous and, to some extent, gritty. The hallmarks of heavy metal were present on In Trance. But unlike their peers in England and America, the Germans were also unrepentantly melodic. “Evening Wind,” “Life’s Like a River” and “Living and Dying” are genuine power ballads, where Rudolf and Roth ceremoniously pair with Meine’s unmistakable pipes and workaday lyrics. So, it’s with great reverence that we welcome the Scorpions—in all their proto-heavy metal glory—to the Hall.