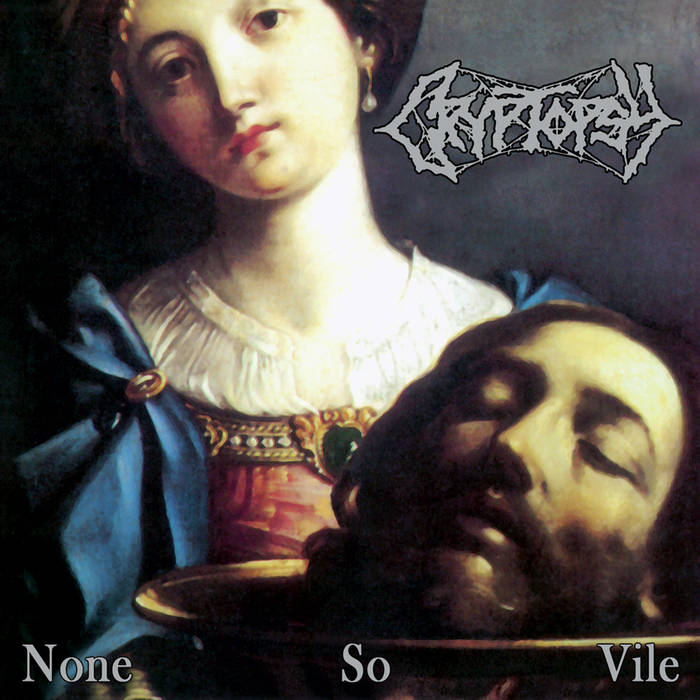 Voivod might have set the standard for Québec heavy metal with their highly idiosyncratic sound, but it was death metal that was embraced the most by the French Canadian province when the 1990s rolled around. The wave of American death metal proved hugely influential on a generation of young musicians, as Cannibal Corpse, Suffocation, Immolation and Morbid Angel helped spawn such Québecois bands as Kataklysm, Gorguts, Martyr, Neuraxis and Quo Vadis, among many, many others. And then there was Cryptopsy, who despite being part of the burgeoning Montreal scene, were something of an anomaly.

Originally called Necrosis when formed in 1988 by guitarist Steve Thibault and vocalist Dan Greening—whose propensity for ingesting live worms onstage would earn him the moniker “Lord Worm”—and renamed Cryptopsy after drummer Flo Mounier joined in 1992, the band was one of the only Anglophone metal acts in the city, let alone the only one with an English Lit major as their singer. The clever, extremely brutal take on death metal on 1994 debut Blasphemy Made Flesh, coupled with the band’s willingness to play anywhere and everywhere—not only across Québec, but the rest of Canada—earned them a loyal following in their home country, but it wasn’t until the following year when Cryptopsy would make their biggest impact.

With guitarist and co-songwriter Dave Galea replaced by Dream Theater fan Jon Levasseur in 1994 and bassist Martin Fergusson replaced by the Primus-obsessed Eric Langlois the following year, the level of musical chops in the group skyrocketed, compelling Mounier to push the band’s sound to unheard-of heights. With Thibault amicably bowing out at the beginning of the writing process, Levasseur took the bull by the horns and with Mounier composed the staggering None So Vile, an album that would be a landmark in Canadian metal and death metal. Recorded quickly and efficiently in December 1995 and produced by Oblivion guitarist Pierre Rémillard, its blend of jaw-dropping technicality and raw intensity remains unmatched to this day, capped off by Lord Worm’s twisted presence, spewing his literate, profane, wryly funny, Burroughs-esque lyrics in what can only be described as the most artful use of the death growl ever put on record.

Although None So Vile would prove an underground metal sensation across Canada, Cryptopsy were still a relatively enigmatic entity to American metal listeners, and it would not be until the Milwaukee Metal Fest in 1996 that the band would get its big international break. They were swiftly signed to Century Media, who would re-release their albums to great acclaim, and the rest, as they say, is history. You won’t find a more deserving album to be the first-ever Canadian entry into the Decibel Hall of Fame. Here’s the story, in their own words…