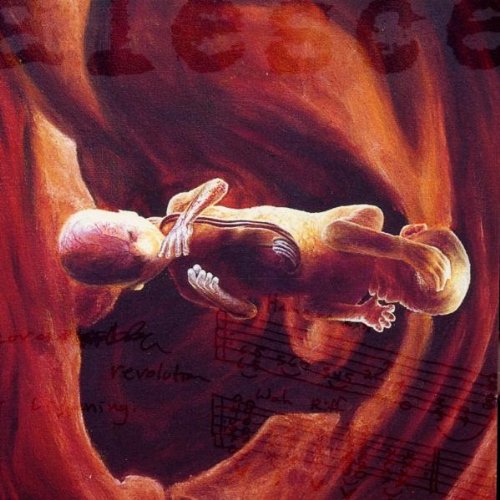 The making of Coalesce’s “0:12 Revolution in Just Listening”

Of all of their bizarrely captivating feats, the fact that Coalesce managed to create arguably their most important album after they had ceased to be a band has to rank near the top of the list. Never afraid to break open their instruments, or on occasion each other’s spirits—and during some particularly soul-searching performances for whirling dervish guitarist Jes Steineger, his own pants (for some covert transcendental self-stimulation)—Coalesce likewise broke with convention in 1999 by recording an album for Relapse despite breaking up on the road a few months before. The band’s off-time rhythms, partnered with Sean Ingram’s unapologetic lyrics and uncompromising bark, had already blazed a trail across one full-length, a sort of full-length and several split singles and EPs as they earned a reputation as firebrands in the live setting.

Casket Lottery frontman Nathan Ellis had come onboard to replace the band’s original bassist after a piece of James DeWees’ drum kit inadvertently split a girl’s head open at a festival. Unfortunately, the constant spiritual wandering of Steineger (from Hare Krishna devotee to Mormon to incredibly deepened and academic Christian theologian) and Ingram’s intense drive to power the band with his own strength of will facilitated what would retroactively be seen as just another breakup, but at the time, truly felt like “the end.” Coalesce had just cut a deal with Relapse that promised to break them out of the burgeoning so-called “noisecore” movement (Converge, the Dillinger Escape Plan, Botch, Isis, the National Acrobat, et al) and place them atop the commercial heap. With the advance check already cashed, a sense of obligation resulted in the pummeling, jazzy, Southern rock-infused 0:12: Revolution in Just Listening, recorded in a series of separate sessions with longtime comrade/producer Ed Rose.

Despite the awkward circumstances, songs like the appropriately titled “What Happens on the Road Always Comes Home” and “Burn Everything That Bears Our Name” introduced classic rock to the proceedings nearly a decade before name-checking Skynyrd became trendy in metalcore, as well as new groove and feeling into the band’s already invigorating recipe of Dazzling Killmen, Jesus Lizard, Metallica and Black Flag. As the reconfigured band prepares their long-gestating follow-up to the 1999 mini-opus and Relapse puts the finishing touches on a re-mastered reissue, Decibel looks back on 0:12 with Ingram, Steineger, Ellis and DeWees, and happily inducts the well-deserving record into the Hall of Fame.